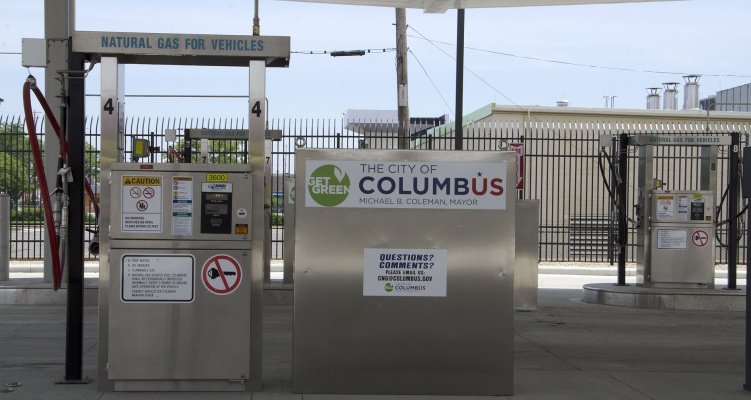 In Columbus, Ohio, the city’s Finance and Management Director Joe Lombardi has officially opened the fourth and largest Compressed Natural Gas (CNG) fueling site in the city, referred to as West Fueling Station. This station is also a “fast fill” which means that vehicles are able to refuel there as quickly as filling a diesel tank at a regular station.

“Under the leadership of Mayor Andrew Ginther, the City continues to invest in cleaner and environmentally safer fuel,” said Lombardi. “CNG reduces carbon emissions by approximately eighty percent and produces less greenhouse gases than traditional fuel. Since utilizing CNG as a fuel source in 2010, the City of Columbus has saved taxpayers approximately $3 million in fuel costs.”

The West CNG station is the last of the four city CNG fueling sites, joining stations on the other compass points. All four stations are for public fleets, private fleets and individual use. The facility located near downtown was a partnership between the City and COTA (Central Ohio Transit Authority).

Three of the four stations are equipped with Ariel compression technology. Columbus opened its first CNG fueling station on the east side in 2012. By 2020, the city will have 440 CNG vehicles in this fleet. Currently, the City has 244 CNG vehicles in service that use almost 500,000 GGE (or gasoline gallon equivalents) a year.

Not only has this helped to save taxpayers money, but it also has a significantly positive impact on the environment. Vehicles using CNG emit much lower levels of harmful emissions such as carbon monoxide, carbon dioxide and nitrous oxides.