Viva have decided to boost their business profile - by swapping out the Shell logo on locally-made jet fuel - with their own. A media conference was held this morning to celebrate the move, less than five months out from Air Asia's inaugural flight out of Avalon. 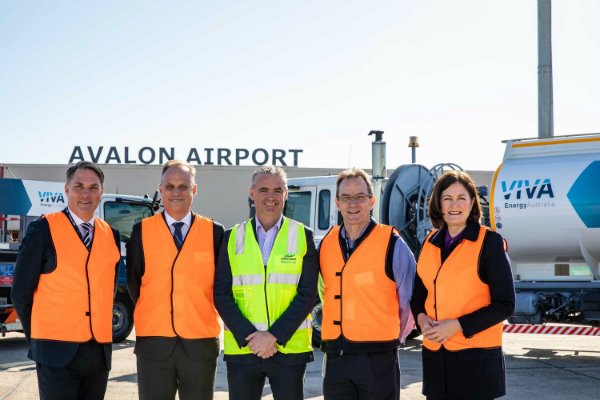 Both Corangamite MP Sarah Henderson and Member for Corio Richard Marles (pictured above) attended this morning. New products were launched as part of the event, including a special customer card and an 'activated' jet fuel known as Jet Plus.

Viva's Corio refinery supplies the entirety of Avalon Airport's jet fuel, and provides fuel products to over 50 other Aussie airports. Viva Energy CEO Scott Wyatt says that with every second flight out of the state using his company's fuel, today's move will be a useful one.

"We're really proud of our aviation business...and our continued investment and commitment to...our airline customers [to help] grow their business here," he said. "I'd really like to acknowledge Avalon Airport...the work that Justin Giddings and his team have done to put this airport on the map...is a fabulous outcome for Geelong."