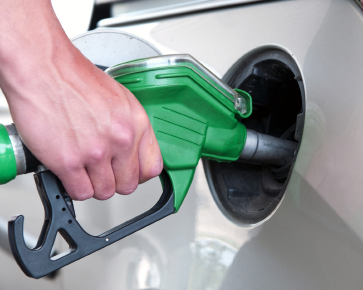 Bad drivers spend an extra £560 a year on fuel because of excessive accelerating, braking and cornering according to a new report.

New research from Direct Line has found that people with a smooth driving style squeeze far more mileage from each visit to the petrol station. That cuts the average number of fill-ups from 20 a year to 12, it says, wiping 40 per cent off the annual fuel bill in the process.

The insurer analysed more than 319,000 journeys from 2,000 drivers using Direct Line Drive Plus, its telematics product. These drivers use a variety of devices such as black boxes and mobile phones to send data about their driving style to the insurer, and receive a discount for doing so. Those who drive well get a better price when it comes to renewing the policy.

“One of the things we look at is smoothness,” said Gus Park, commercial director of motor at Direct Line. “If drivers are jerking around, accelerating and braking sharply, they are more likely to have accidents.”

“And as a rule, the more time you spend with your foot pressed hard to the floor, the more fuel you’ll use,” he adds.

According to Ptolemus Consulting’s Connected Mobility Forecast, about one-tenth of passenger cars in the UK have embedded telematics devices. That is far higher than in most other parts of Europe.

Often, the users are younger drivers looking for ways to save money on their insurance policies and analysts say that telematics has struggled to reach a broader audience beyond that core market.

“As an overall proportion of the [car insurance] book, telematics is small, but it is larger in the young driver segment where premiums are higher. It has always been a more volatile, harder to price segment,” Mr Park said.

Efforts are under way to encourage wider adoption. Carrot Insurance, for example, offers free cinema tickets and pizza to people who drive well.

And hopes are rising that as the technology matures, there will be a wider range of uses for telematics. Providing real time data on the link between driving style and fuel efficiency is one example, but there are others.

“The next stage will be how it could combine with other services such as parking, maintenance and repair,” Mr Park said.

He added: “The technology is potentially usable to detect fraud. We see less fraud in cars with telematics equipment than without.”

Last year, Insure the Box, which specialises in telematics policies, uncovered a £500,000 fraud using data from its black boxes.

Insure the Box, which says it has collected 3bn miles worth of driving data over the past six years, is also using its equipment to detect when a car has been involved in an accident and assess whether it needs to contact the emergency services. The company says it has detected 100,000 accidents by monitoring for sudden, unexpected jolts, and makes about 16 calls a month to emergency services.