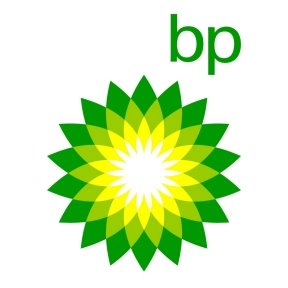 Rumours that the world’s largest oil company, ExxonMobil is weighing up a bid for BP have emerged in recent days. This isn’t the first time BP has been subject to takeover speculation.

The fall in the value of the pound since Brexit has made companies such as BP more attractive to overseas companies like Exxon, and after years of restructuring, BP is now one of the best-integrated oil companies, with an attractive portfolio of high-quality assets, making it even more attractive.

But for any company seeking to buy BP, winning over the company’s management and regulators may be the biggest obstacle they face.

With a market capitalisation of just under £100bn, BP is by no means a small target, and any would-be buyer would have to offer more than that figure to win over shareholders. Even for Exxon, this is not pocket change.

However, raising funds to do the deal may be just the start of a long process to win over all parties concerned, with the UK authorities recently stating that they will look to block any takeovers of UK companies that are not in the country’s best interests. Prior to this recent stance, in 2015 the UK government stated outright that it would block any attempted takeover of BP.

So it would appear any bid for BP by Exxon would struggle, but there might be a way around government concerns.

Break up on the cards?

The sheer size of BP means it’s more likely the company will be acquired by a consortium of bidders, which will then break up the business. Indeed, it’s rumoured that as well as Exxon, Chevron and Royal Dutch Shell are also interested in the firm.

And because BP is so vast, there maybe tens of other deals done with smaller producers as the company is broken up and divided. In this scenario, the government may be more open to a deal as more UK companies may benefit. BP will disappear, but smaller producers will have the chance to bolt-on growth through asset disposals.

Look to the long term

Ultimately, it’s impossible to say if or when BP might be acquired and how the UK government would react if or when an offer emerges. However, one thing we do know is that buying a stock in the hopes that the company will be taken over is never a good idea.

As a standalone business, BP is a great investment thanks to the company’s vertical integration and global presence. Over the years it has promised investor returns, and this mentality continues today. Shares in the company currently support a dividend yield of 6.8%. So, while it’s unclear if an offer for BP will emerge, it is clear that the firm is one of the market’s best income stocks.