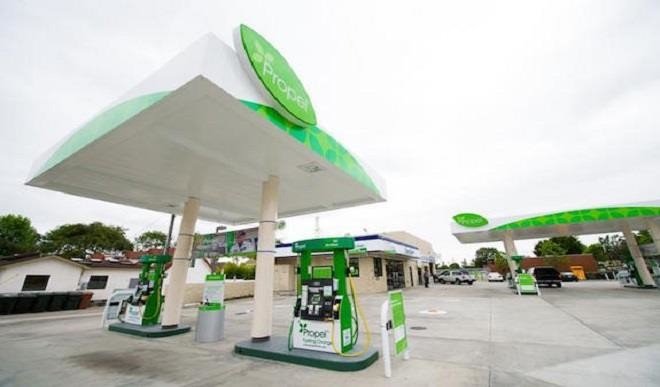 There is growing concern in Nigeria over the building of filling stations in residential areas which has led to fire disasters, claiming many lives and property.

In January 2017, Ekiti State government gave owners of filling stations in the state seven days to re-certify their stations or risk having the premises being shut down.

The state governor, Ayodele Fayose, gave the directive during a meeting with petroleum marketers. He said the recertification order was a fallout of fire incident in Ijigbo area of Ado-Ekiti which burnt many houses and shops.

Governor Fayose said any errant filling station would be shut down while the owner of the filling station gutted by fire would be sued for criminal negligence when it was discovered that he only insured his pumps not the whole premises leading to a situation whereby innocent victims of the incident could not benefit from any insurance cover.

The governor also said owners of fuel stations in the state were also to train their workers on safety measures and the training would be conducted by the state’s fire service.

“Operators of filling stations who refuse to be part of the re-certification will be sealed and the place acquired for public purposes,” he said.

In January 2017, two persons were confirmed dead and seven others injured as a petrol station located in Adigbe area of Abeokuta, Ogun State, went up in flames.

The station, Rabeng Petroleum, was reported to have caught fire as a welder worked on a fuel tank beside a gas base in the premises.

The fire later spread to about six shops opposite the fuel station.

The incident was reported to have started at about 8:00 p.m. when an articulated vehicle, laden with petrol, crashed in a Mobil filling station by Dennis Memorial Grammar School (DMGS) roundabout. Witness said fuel from the tanker flowed down the road and through drainage, leading to the spread of the fire.

The President of the Nigerian Bar Association (NBA), Abubakar Mahmoud while commiserating with the victims urged town planners to be alive to their responsibility of regulating building construction in the country.

“Our town planners and bye-laws should not allow filling stations to be sited near residential areas,” he said.

Also speaking, NBA, Onitsha branch chairman, Mr Arthur Obi-Okafor, SAN, expressed dismay over the disobedience of builders to bye-laws while putting up structures. “It is inconceivable that filling stations are built in heavily populated neighbourhoods, where once there is an accident, it will be difficult to manage the situation,” he said.

Experts have said petrol station lands should be zoned for commercial/industrial use or be designated specifically for the purpose and should be located at a minimum of 500 feet away from any public institution such as schools, churches, public libraries, auditoriums, hospitals, public playgrounds, etc.