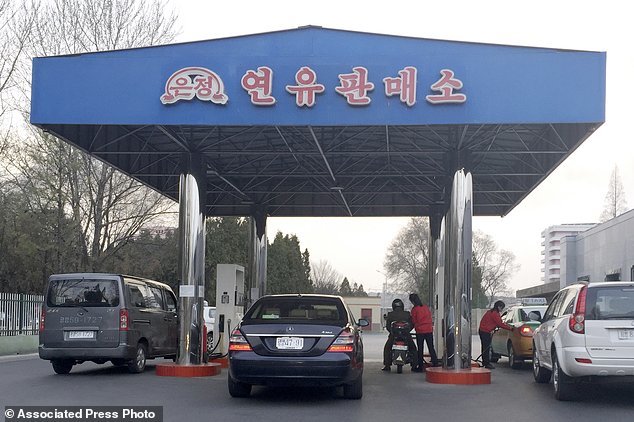 Car users in the North Korean capital, Pyongyang, are struggling to fill up their tanks as gas stations continue to limit services, with some even closing amid concerns of a spreading shortage.

A sign outside one station in the North Korean capital said sales were being restricted to diplomats or vehicles used by international organisations, while others were closed or turning away local residents. Lines at other stations were much longer than usual and prices appeared to be rising significantly.

The cause of the restrictions or how long they might last were not immediately known, but rumours are rife that China is responsible.

North Korea relies heavily on China for its fuel supply and Beijing has reportedly been tightening its enforcement of international sanctions aimed at getting Pyongyang to abandon its development of nuclear weapons and long-range missiles.

The issue was raised at a regular Chinese Foreign Ministry news conference in Beijing on Friday after a Chinese media outlet, Global Times, reported gas stations were restricting service and charging higher prices.

But spokesman Lu Kang gave an ambiguous response when asked if China was restricting fuel deliveries.

“As for what kind of policy China is taking, I think you should listen to the authoritative remarks or statements of the Chinese government,” he said, without elaborating on what those remarks or statements are. “For the remarks made by certain people or circulated online, it is up to you if you want to take them as references.”

One of China’s top North Korea scholars, Kim Dong-jil, director of the Center for Korean Peninsula Studies of Peking University, said he had not heard of new restrictions on fuel to pressure Pyongyang, but said they are considered to be an option.