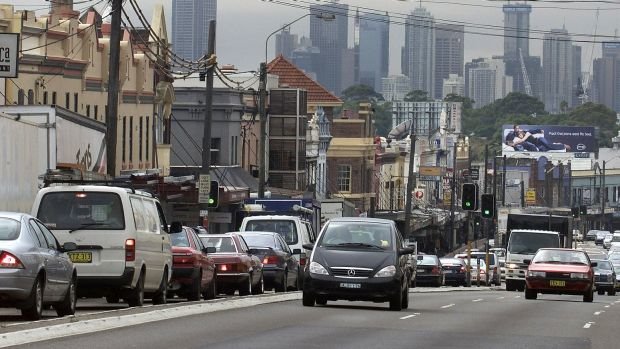 Major changes to Sydney's public transport and road network system are set to unlock significant land banking and value-adding opportunities along major arterials across the city.

The main offerings are expected to be from service stations that dot the main roads.Service stations are some of the hottest investment properties in the market with more than $500 million of assets sold over recent years.

They have been snapped up, on tight yields, by canny small-to-medium investors, who can add value with offering retail and over time, perhaps collection points for Amazon.

The Service Station Association has said, in the past, that it could look at offering a form of collection points for online goods. These could be in the form of lockers next to the retail component.

The vans could deliver the items while the petrol bowsers were being replenished.
The arrival of Amazon will have huge changes for the retail sector and given the distance between towns in Australia, having drop-off points at service stations could be a viable option.
But the land that can be unlocked by the sale of the sites is also significant, according to agents.

Parramatta Road, the main thoroughfare connecting the city to the western suburbs, is currently home to 16 service stations – many of which are set to be affected by the WestConnex project.

"Service stations are already among the most sought after commercial assets, with properties secured by five to 10 year leases achieving record tight yields. This is further exemplified by the severe shortage of commercial investment properties readily available to satisfy the growing investment mandate across Sydney at present," Mr Sheu said.

"With 16 service stations along Parramatta Road, the current changes to the city's infrastructure network present attractive investment and land banking opportunities, with these properties underpinned by strong underlying land values as well as long term leases for immediate income."

Mr Sheu said changes in the city's transport network, coupled with the rise of sustainable energy, could prompt further changes in the service station sector. The advent of driverless cars will also disrupt the sector.

"With more leading vehicle manufacturers taking a step towards alternate energy sources, introducing both hybrid and fuel-free models, there is likely to be decreased demand on petrol and subsequently the stations that service them," Mr Sheu said.

"Given service stations are currently trading at a market peak, we expect owners to look at reassessing the use of these assets – either looking at alternative commercial uses or expanding the service station model to incorporate more of a food and beverage element."

Caltex is one group that is expanding its service beyond the traditional service station offering, having recently partnered with The Foodary to provide a quality breakfast cafe.

"With service stations traditionally located on high exposure sites, there is a huge opportunity to expand the service station model to capitalise on the shifting business environment with a food and beverage component," Mr Sheu said.

We're likely to see more service stations adopt this strategy, in addition to some owners looking at re-evaluating their assets to maximise value."