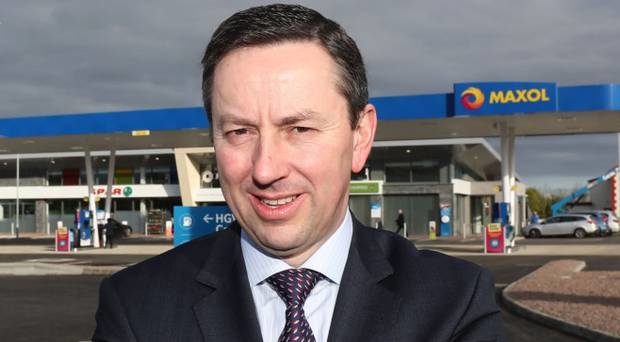 Petrol and convenience retailer Maxol has opened its biggest Northern Ireland complex in Co Antrim in a £4m investment - with plans for another four large sites.

Maxol, a fourth generation family business, said the opening of the site at Tannaghmore was a "milestone" for the company.

Companies such as Maxol have grown more ambitious after the arrival of Irish forecourt giant Applegreen, which brought bakery chain Greggs among other franchises to motorways and roads in Northern Ireland.

Maxol has around 100 petrol stations in Northern Ireland but Tannaghmore is its first motorway-style station. The A26 development between Antrim and Ballymena will also feature food franchises including healthy fast food chain Freshly Chopped, as well as Irish kebab and burger giant Abrakebabra. Coffee giant Starbucks is to follow.

Maxol, which is owned by the McMullan family - who started up the business in 1920 - has appointed catering giant Aramark as licensee to run the development.

Brian Donaldson, Maxol's chief executive, said: "The opening of this Maxol marks a milestone for the company here.

"What we are bringing to the market is transformational and at the cutting edge of forecourt services that includes retail and fresh food dining offers.

"We're delighted to welcome Freshly Chopped to the Maxol family in Northern Ireland alongside Abrakebabra and our own Moreish deli.

"We will enhance our extensive food and drink offer here later this year, when we also open a Starbucks store, bringing great quality coffee to customers."

Mr Donaldson added: "Maxol is a private business owned by the McMullan family and in 2020 we will be celebrating 100 years in business.

"I am proud to lead a company that has invested in excess of £100m over the last four years in Ireland with more than £20m invested in Northern Ireland through station openings, refits and the re-branding of nearly 100 forecourts."

"Further investment is planned for Northern Ireland with another four developments on the scale of Tannaghmore using a mix of new greenfield and existing sites, where we have adequate land as we look to extend our retail offering, with a heavy focus towards made to order fresh and healthy food."

A spokeswoman said Maxol had spent £3.75m on the 2.5-acres site at Tannaghmore.

It includes a truck facility, internal seating for 100 people, free Wifi and parking for 45 cars.

Maxol rival Applegreen now has six sites in Northern Ireland, including on the M1 coming into and leaving Belfast, and on the motorway between Glengormley and Templepatrick.

There are three other non-motorway sites. It opened its first Northern Ireland motorway site at Templepatrick on the M2 Outbound between junctions four and five two years ago.

And in Co Antrim close to Belfast International Airport, Moorefield Contracts is building a 10,500 sq ft high street retail outlet, with a sandwich bar and a forecourt with 16 fuelling bays.