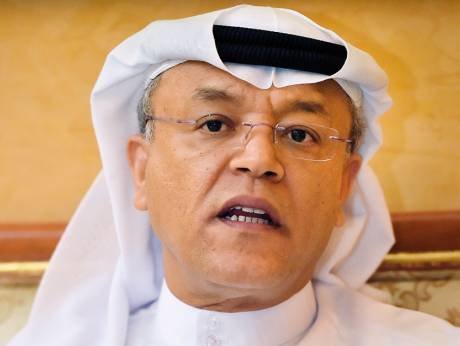 Emirates National Oil Company (Enoc) is pushing ahead with its expansion plans in the UAE and Saudi Arabia, despite a seven per cent increase in fuel prices since deregulation in 2015.

Whilst the midstream and downstream energy company sees positive indicators for its service station business, Zaid Al Qufaidi, Enoc’s Managing Director for Retail, told Gulf News in an interview the company is investing heavily in charging stations for electric cars.

“We have seen fuel consumption increase by nine per cent, even though there has been an increase in price for the end user of about seven per cent since deregulation,” Al Qufaidi said.
In August 2015, the UAE government deregulated, or liberated, the price of petrol, linking it instead to global prices. The move was intended to strengthen the economy.

Until then, Enoc had struggled to turn a profit, as heavily subsidised fuel prices had squeezed the company’s margins.

High oil prices were “the main reason for our losses in the past, we were really hurt badly, and that stopped us from expanding our network, and rehabilitating our network,” Al Qufaidi said.
“Some of the stations are really old, really outdated, because it was a loss business,” he added.

When the government deregulated the price of fuel in 2015, oil had lost around half its value in the previous year, and the move eased pressure on Enoc, who were able to raise prices without impacting customers too heavily.

“This liberation in fuel prices signalled a major shift in Enoc’s strategy. We decided to focus on our core business, which is retail,” he said.

The Dubai-government owned company introduced a five-year plan to build 54 service stations by 2021, and strengthen its downstream business.

So what about electric cars? If everyone started driving vehicles made by Tesla, then there would surely be no need for petrol stations?

“We have taken a strategic decision, in coordination with the Dubai Electricity and Water Authority (Dewa), to install electric chargers in select locations,” Al Qufaidi said.

Enoc has already installed 10 of these chargers at existing service stations, and Al Qufaidi said that he will increase that number in line with the number of electric car owners in the emirate.

In recent years, the emirate has seen a double-digit growth in fuel consumption as Dubai’s population boomed over two decades from 689,420 in 1995 (as per the UAE Census 1995 data), to 2.753 million in 2017, according to Dubai Statistics Centre.

According to Al Qufaidi, citing Road Transport Authority (RTA) data, there has also been an eight per cent growth in the number of vehicles on the roads, helping to grow his business.
“This year, we are supposed to deliver 14 brand new stations. So far, we’ve already opened three, and we still have 11 to go by the end of 2017,” he said, adding, “they’re at differing stages of construction.”

“We have an aggressive plan to grow,” he said. In Saudi Arabia, too, Enoc is continuing its expansion. “We currently have seven service stations in Saudi, and we aim to add another seven by the end of the year,” Al Qufaidi said.

It’s not all rosy, however

In January 2017, the UAE announced plans to massively decrease its reliance on fossil fuels by 2050. With this drive towards clean fuels and renewable energies, mass transportation and electric cars will be promoted by the government as more sustainable methods of travel.

Responding to a question about whether he saw this as a threat to his business, Al Qufaidi said that some of his counterparts definitely do. “I, however, see it instead as an opportunity. All of our new gas stations will be equipped with vapour recovery and enough operational solar panels to sustain the station’s capacity,” he said. “I feel very strongly about these things.”