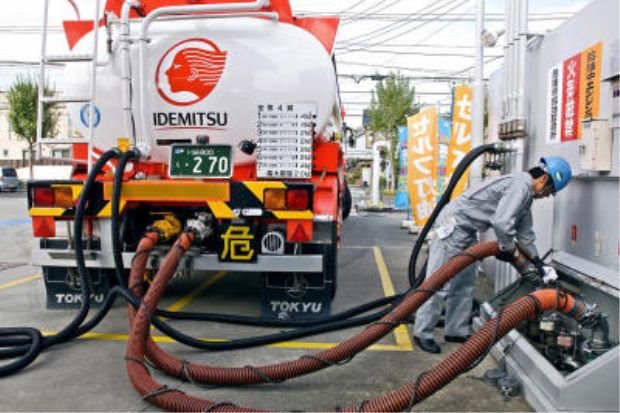 Japanese oil refiners Idemitsu Kosan Co Ltd and Showa Shell Sekiyu KK said on Tuesday that they have signed a deal to form a business alliance ahead of Idemitsu's stalled merger with Showa Shell.

Under the deal, the companies will cooperate more closely on crude purchases and transportation as well as production plans, they said in a statement.

Idemitsu Kosan completed the purchase of just under a third of Showa Shell last December, but the goal of a full merger of the two companies has been delayed due to opposition from Idemitsu's founding family.

The founding family and related parties, which together hold a stake of a little over one-third of Idemitsu shares, are opposed to the merger and have pledged to block the deal if a vote is held.

Idemitsu Kosan Director Susumu Nibuya said the company would continue to talk to Idemitsu's founding family but added the company still had no timetable for winning approval from them.

In the statement on the deal, the two companies said that the closer cooperation will result in annual cost savings of at least 25 billion yen ($220 million) within three years from April 2017.

Nibuya said the fight to win cost reductions is to compete effectively against other refiners such as JXTG Holdings , which was formed in April from the merger of JX Holdings and TonenGeneral Sekiyu and has a domestic gasoline market share of more than 50 percent.

"Over the past 10 years, the amount that domestic oil product demand has fallen is equivalent to what we and Idemitsu Kosan sell domestically, and demand is expected to fall by another 20 to 30 percent by 2030," Showa Shell Corporate Executive Officer Hiroshi Watanabe told reporters.

The oil refining industry has high fixed costs, so it is difficult to respond to such a challenge on an individual company basis, Watanabe said.

"Japan's oil companies have only about half the profit margins of those in South Korea, and it's crucial to strengthen profitability quickly," he said. - Reuters