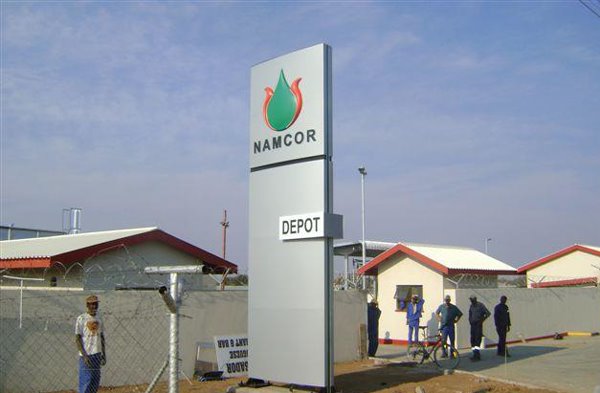 The National Petroleum Corporation (Namcor) has begun work for a new corporate identity as it rolls out six of its very own fuel retailers.

Namcor Managing Director, Immanuel Mulunga at the Interstate Oil Committee meeting in Windhoek this week said the move to go into the retail of fuel is part of governments social responsibility to supply rural areas with a constant fuel supply and facilitate the strategic ownership of government assets.

Mulunga said that since 1994 more than 38 fuel retail outlets in rural and non-commercial centers have gone out of business resulting in a 38.7 million litres shortfall in the market.

According to him, Namcors’s current retail roll out strategy to enter the fuel retail sector is set to ensure uninterrupted supply of petroleum products into the country and ensure participation in the full value chain process of importation, storage, distribution and marketing of finished petroleum products.

Mulunga said the roll out will start with the fuel retail outlets in towns where it has infrastructure such as storage containers and depots. “Renovation, upgrading and actual construction of essential infrastructure is ongoing and planned for in Ondangwa, Grootfontein, Gobabis and Otjiwarongo,” he said.

He added that not only will Namcor ensure security of supply for the country but is contributing to the liberation of the petroleum industry by removing barriers to entry.

Speaking on behalf of the Association of Service Station Owner, Jacky Scholz said that access to affordable fuel is pivotal to the country’s sustained socio-economic development. However, the Association is not happy with the regulator also getting involved in the business of retailing fuel.

Scholz said that the Namibian petroleum industry is a regulated industry falling under the Ministry of Mines and Energy that owns the Namcor. She said that as a state-owned enterprise they should show more transparency in the allocation of licenses for fuel retailers and allow for objections for such licenses like in any other regulated industry.

According to Scholz, the Ministry of Mines and Energy has a prerogative as a regulator to license the wholesale and retailing of fuel and control prices for petrol as the wholesale of diesel is not regulated.