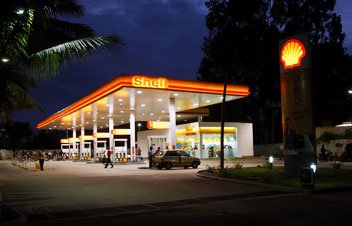 Pilipinas Shell Petroleum Corp. is setting aside 20 percent of a P4 billion yearly capital expenditure to finance retail network expansion and the balance on refinery upgrade and a bitumen production facility.

"We will pursue roughly P4 billion plus in capex over the next three years. So, within that will include the expansion of our retail network as well as the bitumen project and the refinery optimization and enhancements that we intend to do over the next three years," Pilipinas Shell Vice President and CFO Jerome Pascual II told reporters in a press briefing on Tuesday ahead of the company's first annual stockholders' meeting in Makati City as a publicly listed company.

The capital spending will be financed through internally generated cash Pascual said. Around 20 percent of the P4 billion set aside this year and in the next two years will fund an ongoing retail network expansion.

"We plan to expand our network to about 1,200 outlets by 2020, focusing on a balance of growth in Luzon, Visayas and Mindanao," President and CEO Cesar Romero said during the same briefing. Pilipinas Shell closed 2016 with 996 retail sites nationwide.