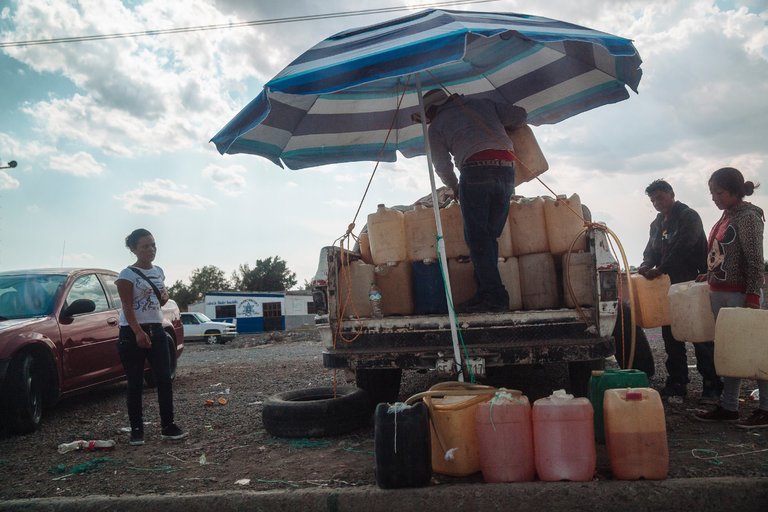 The state of Puebla, Mexico is witnessing more and more people turning to to illegal fuel outlets as farmers shun their traditional farming activities.

“. . . These clandestine gas stations sell on the streets, in automotive shops, at tianguis [markets] and even have home delivery systems. The sales [of established gas stations] have dropped by 50% throughout Puebla, and in [municipalities] like Esperanza and San Martín Texmelucan, by up to 70%,” said Onexpo Puebla spokesman Rafael Zorrilla Alanís.

Without specifying a timeframe, Onexpo said gas stations in the Red Triangle region of the state — where much of the pipeline theft takes place, conducted by thieves known as huachicoleros — used to sell 10,000 liters of fuel a day but now those figures have dropped to between 2,000 and 3,000 liters.

“Several gas stations are on the brink of shutting down because sales aren’t enough to pay for expenses,” he said.

Zorrilla called for an increased military presence “to watch over the state’s oil pipelines, because all the Mexican people are paying for the stolen fuel at a very high price.”

“Pemex and the federation are losing millions, gas stations are closing down, and we’re being threatened by the huachicoleros.”

Zorrilla also asserted that it is impossible for an established gas station to sell stolen fuel because their inventory data is connected to Pemex and the federal taxation administration, SAT, allowing for easy detection of any irregular delivery of fuel.

While established fuel vendors see their sales decline, a report by Pemex says the sale and distribution of stolen fuel has become the main productive activity in various Puebla communities.

Sources within the state oil company told the newspaper Reforma they have identified not only communities but whole municipalities that have abandoned traditional farming and livestock breeding to steal fuel, tapping into the 131 kilometers of pipelines that traverse the state. It’s proving to be a far more profitable activity.

At least 17 municipalities are experiencing an economic boom as a result. One is San Matías Tlalancaleca, where 14 communities are now engaged delivering stolen fuel instead of milk.

The activity does have its drawbacks, continued the Pemex sources: disputes over control of the black market for stolen fuel have generated confrontations among locals, culminating in murder, vehicle theft and vendettas.