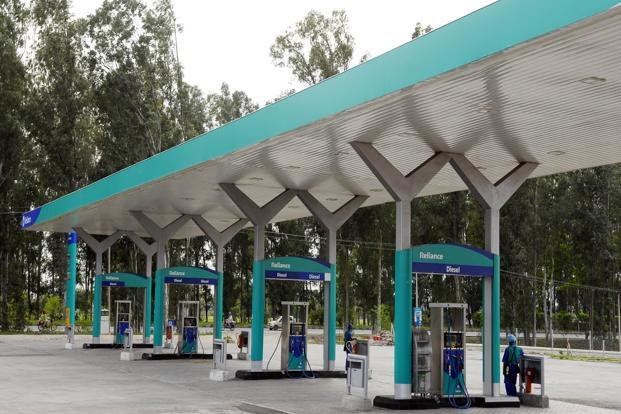 Reliance Industries Ltd (RIL) is targeting doubling its market share in fuel retail in the next two-three years as it expands the business, sources have said. RIL currently has a 5% share of India’s fuel retail market.

“RIL is working on various plans to improve its market share in the fuel retailing segment. It is looking at all the markets it is not currently represented in, and these are areas other than urban markets,” said an official close to the matter on the condition of anonymity.

An RIL spokesperson declined to comment on the plan.

RIL, which had a 12% market share in fuel retailing in 2005, saw its share slip to less than 0.5% in 2014, by when it had shut most of its fuel retail outlets due to spiralling crude oil prices.

But after the government deregulated petrol and diesel prices in June 2010 and October 2014, respectively, RIL began reopening its retail outlets in phases, gradually taking its market share to 5%. RIL, Essar Oil and Shell India together have a share of less than 8% of the fuel retail market, analysts say.

“RIL might consider a network expansion to 2,500 to 3,000 outlets depending on commercial viability,” analyst Nitin Tiwari of Antique Ltd wrote in a report dated 25 April.

“Retail business delivered a strong result where segmental Ebit (earnings before interest and tax) increased by 90% year-on-year to Rs2.4 billion (Rs240 crore) due to higher fuel retail sales during the fourth quarter of the last fiscal,” Sudeep Anand, an analyst at IDBI Capital, wrote in a report dated 25 April.

After announcing its earnings in April, RIL said it was bullish on the fuel retail segment and planned to invest Rs2,500 crore in capital expenditure this fiscal year to expand its network of outlets.

A second source said the only hitch in RIL’s plan could be the process of identifying and acquiring land needed to set up outlets.

“Acquiring the land, seeking permission and putting up the outlets take time. Of these, land acquisition is the major issue which RIL is trying to address in the best possible way,” the person said, also on condition of anonymity.

RIL has 448 company-owned, company-operated outlets, which it plans to increase beyond 500 this fiscal year.

“RIL is primarily a refiner. It not only exports from its twin refineries in Jamnagar but also supplies to fuel retailers domestically,” an analyst from a domestic brokerage who tracks RIL said on condition of anonymity.

“Besides, RIL sold its South African retail venture Gulf Africa Petroleum Corp. this year which was an export market as well as supported its retail business. By virtue of this, it is natural for RIL to expand its retail network in the domestic market,” said the analyst.