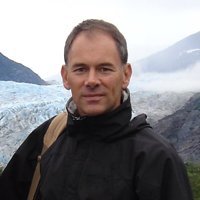 There is an element of déjà vu to the events in the White House Rose Garden last week.

Just days into my new job as climate change adviser in Shell, then President George W. Bush announced that the USA was withdrawing completely from the Kyoto Protocol and would follow an alternative path forward in terms of climate action.

At the time, he proposed a significant step-up in technology development through the National Climate Change Technology Initiative and a leadership role by the United States to work within the United Nations framework and elsewhere to develop with its friends and allies and nations throughout the world an effective and science-based response to the issue of global warming.

The June 2001 Bush announcement was widely expected and indeed, it helped spell the end for the Kyoto Protocol. The UNFCCC process fractured as a result, with some Parties continuing to pursue the Kyoto Protocol and all Parties brought back to the table to negotiate a new deal that worked for the United States.

This gave birth to the Ad-Hoc Working Group on Long Term Cooperative Action, which together with the Kyoto Protocol arrangements could have potentially combined into a satisfactory global deal. Unfortunately, they didn’t, with the meltdown in Copenhagen being the outcome.

But the pieces were reassembled, in large part led by the United States under President Obama, with the result being the Paris Agreement in December 2015. That process took over 14 years to complete.

Sixteen years on from the Bush announcement and again from the White House lawn, President Trump has now declared that the United Stated will exit the Paris Agreement, once again with the caveat that the Administration would be open to a renegotiation or even an entirely new agreement.

The reasons given are largely the same as those of President Bush; unfairness, competitiveness concerns, negative economic impact, layoffs of workers and price increases for consumers. But the circumstances are very different this time around.