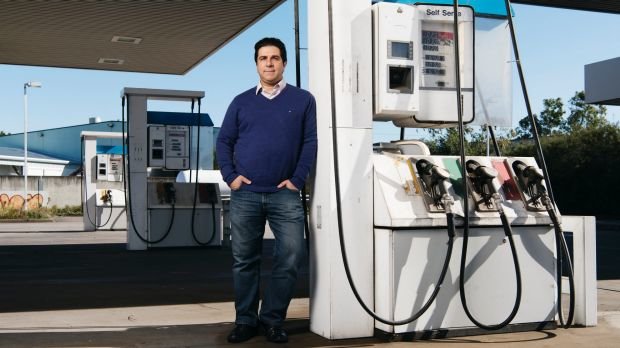 The state's environmental watchdog is refusing to release contamination reports to a Sydney landlord in dispute with his former tenant Woolworths over clean-up costs at a petrol-station site.

The Environment Protection Authority sided with the supermarket giant, which argued the reports should not be released because they could affect its commercial interests.

Emmanuel Stratiotis has been struggling to get information from the NSW Environment Protection Authority about the contamination levels at the petrol station site he owns, previously run by Woolworths.

Emmanuel Stratiotis, whose family owns the land, said the information was critical to answering who should pay for the remediation bill, which he calculated at more than $1 million. "It is easier to pull Excalibur from the stone than to get an answer from these guys," Mr Stratiotis said of the authority.

Last week, a Fairfax Media investigation detailed serious flaws in the EPA's handling of contaminated sites, including lengthy delays and inconsistent treatment of polluted land across the state. The Stratiotis family has rented the petrol station on Forrester Road in St Marys to Woolworths since 2001.

Under the terms of its lease, Woolworths is responsible for any contamination it may have caused while it was a tenant on the site. When it left in 2016, an environmental report found benzene, a carcinogen, and other petroleum contamination in a monitoring well, near an underground tank. But the report could not definitively find whether this occurred during Woolworths' lease.

Mr Stratiotis, acting on behalf of his mother Vasiliki Stratiotis, believes the answer may lie in contamination reports Woolworths sent to the EPA in 2009, after it discovered benzene concentrations on site.

But when he asked the EPA for the documents, he was told he would need to apply under freedom of information laws. Having done so, he was then knocked back. In a letter, the EPA said releasing the documents might prejudice "the business, commercial, professional or financial interests" of a third party.

Mr Stratiotis said he was now stuck with the remediation bill and would consider legal action against Woolworths. He said he was frustrated the EPA would not give him reports about his own land.

"It is a bit upsetting, I am trying to keep my patience," he said. "I'm stuck with a contaminated site and they won't divulge any information, now I have to take it to court which can take two years." 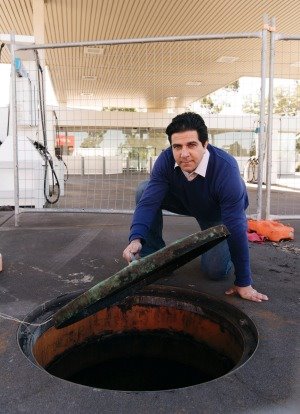 An EPA spokeswoman did not elaborate on why the authority had refused to release the reports. She said the Authority told Mr Stratiotis he could make a higher-level application under the same freedom of information laws.

Woolworths did not comment on why it was objecting to the release but said it had complied with all of its obligations to the EPA.

"Woolworths was responsible for maintenance of the premises, while the landlord retained ownership of the site and its associated fuel equipment including the underground petroleum storage tanks," a company spokesman said.

Mr Stratiotis said he would struggle to find a new tenant until the contamination was cleaned up.

Last year, Woolworths announced plans to walk away from the petrol business, and in December said it intended to sell its 527 stations to oil giant BP for $1.8 billion. The deal is awaiting regulatory approval.

The company would not comment on the costs of remediation for stations handed over to BP.