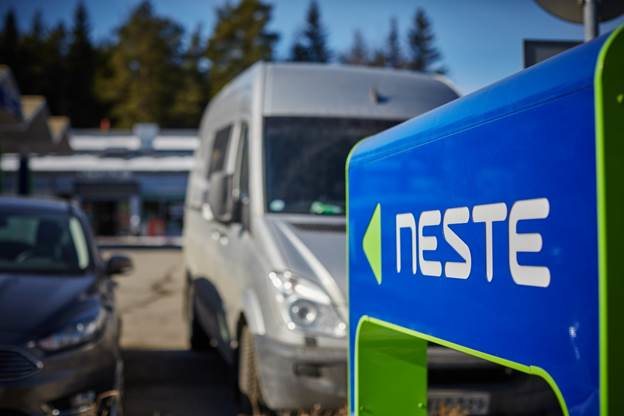 Neste is touting a 10-year renewable diesel milestone, having reduced greenhouse-gas (GHG) emissions from traffic by more than 33 million tons since it first began producing renewable diesel at the Neste Porvoo refinery in Finland.

According to the company, that figure is almost equal to the total annual GHG emissions from all road transport in Finland and Sweden.

Neste MY Renewable Diesel, created by Neste’s own research and development, has helped to reduce emissions in a number of applications ranging from private cars to heavy transport and from entire cities to sports and entertainment events.

“Our Neste MY Renewable Diesel has provided our customers with a quick and easy way to significantly reduce their carbon footprint. Thanks to the product’s high quality, it can be used in existing engines to achieve up to 90 percent smaller GHG emissions compared to fossil diesel,” says Kaisa Hietala, executive vice president of renewable products at Neste.

“I am extremely happy to see that an increasing number of drivers, businesses, cities and event organizers want to choose this low-emission renewable fuel.”

In the last decade, Neste has become one of the world’s largest producers of renewable diesel from waste and residues – increasing its production capacity from 0.2 million to 2.6 million tons.

In addition to Porvoo, there are now also refineries in Rotterdam and Singapore, and the company is aiming to reach the 3 million-ton milestone by 2020.

Waste and residues already account for nearly 80% of the raw materials of Neste MY Renewable Diesel.

“What someone calls waste is a valuable raw material for us. We are producing Neste MY Renewable Diesel from various types of industrial waste and residues, such as waste fat from the meat processing industry and used cooking oil.

We are also constantly studying other, increasingly lower-quality raw materials that have no other significant uses and that could otherwise be burned as energy,” says Lars Peter Lindfors, senior vice president of technology at Neste.

International regulations ensuing from environmental targets, particularly in Europe and the U.S., have been one of the cornerstones of the demand for renewable diesel..

Particularly during the last few years, it has become apparent that national regulation is being complemented by the wishes of cities, businesses and consumers to make environmentally friendly choices.

Super Bowl City, Google, UPS, cities such as San Francisco and Oakland, and many others have reduced their carbon footprint with renewable diesel, as well as companies such as Lassila & Tikanoja and Schenker and cities such as Porvoo.

Neste MY Renewable Diesel refined exclusively from waste and residues has also been available for private motorists at selected Neste stations since the beginning of 2017.