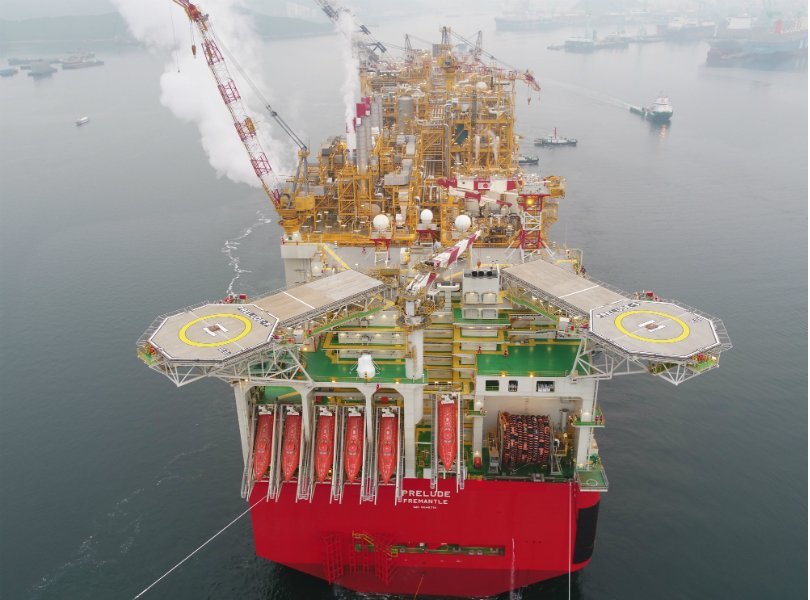 The Prelude FLNG is on its way to Australia, and it will be hard to miss. FLNG stands for Floating Liquefied Natural Gas.

Prelude FLNG is Shell’s monster new facility and it left the Samsung Heavy Industries shipyard in Geoje, South Korea, on June 26. Her keel was laid on May 8, 2013.

It will be stationed at Shell’s gas field two hours by helicopter north-northeast of Broome, WA. Fully operational, it will harvest at least 5.3 million tonnes per annum (mtpa) of liquids – 3.6 mtpa of LNG, 1.3 mtpa of condensate and 0.4 mtpa of liquefied petroleum gas.

When you’re this big, you need two helipads

16 mooring chains have already been fitted to the seabed and are waiting off Broome to be lifted so they can anchor the Prelude in place for up to 25 years. They’ve been rated to withstand a “one in 10,000-year storm”.

600 – Engineers worked on the design options

93 metres – height of the turret, secured to the seabed by mooring lines