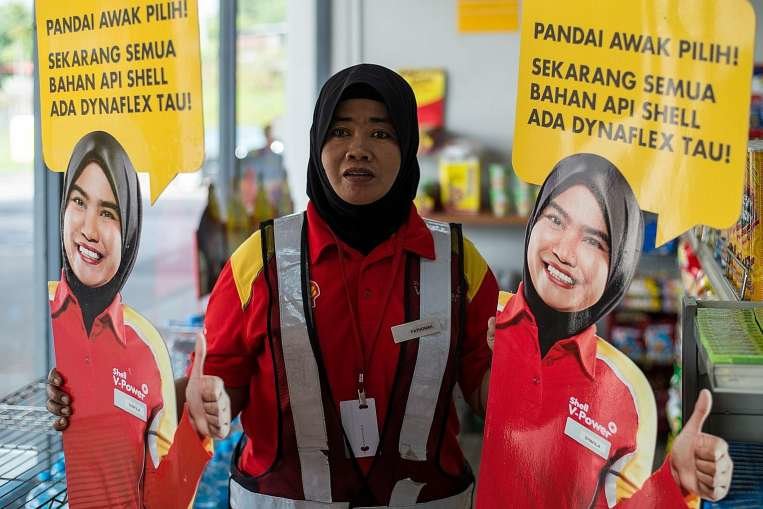 Shell said it is removing life-sized cut-outs of a Malaysian woman in a headscarf from its petrol stations in the Muslim-majority country after photos of men groping the figure started circulating online.

The advertisements featuring an employee - wearing a red T-shirt with a Shell logo, black trousers and a black headscarf, smiling with her thumb raised in the air - had been placed at Royal Dutch Shell's petrol stations in Malaysia.

But images of men kissing the cardboard cut-outs, holding her hand and grabbing her chest and crotch have started circulating on Facebook in recent days, in what Shell blasted as "distasteful and suggestive acts".

The woman, named in local media reports as 25-year-old Nor Shafila Khairusalleh, who works at a Shell station, has criticised the "extreme behaviour" of the men in the images. "They may just be joking, but I feel humiliated because that is still myself although it is just an image," she told news portal mStar.

Shell said in a statement that "we do not condone this disrespectful act, which is completely against the culture of Malaysians and Shell's core values".

It added: "We urge members of the public to refrain from sharing these images further. The standee (cut-out) will be removed from all our sites with immediate effect."

A staff member at a Shell station in Bentong, just outside the capital Kuala Lumpur, said the cut-outs were removed on Monday.

Shell did not say how many cut-outs were removed and which petrol stations were affected.

The oil giant has a network of more than 950 stations across Malaysia and serves nearly one million customers a day, according to its website.