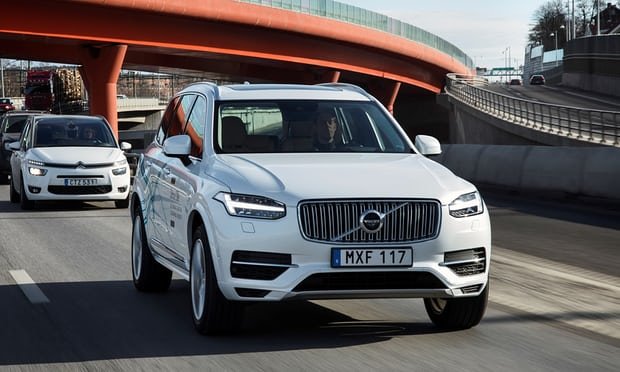 All new cars launched by Volvo from 2019 onwards will be partially or completely battery-powered, in what the company called a “historic end” to building models that only have an internal combustion engine.

Between 2019 and 2021, the firm will introduce five 100% electric models, and ensure the rest of its conventional petrol and diesel range has a hybrid engine of some form. It is the first major manufacturer to make such a bold move.

He said the company was reacting to customers who had asked for electric cars, though the move will also help the Swedish firm meet legally-binding carbon targets for new cars sold in the EU from 2020.

The carmaker, owned by Chinese automotive giant Geely, has yet to build a single fully electric car but already sells five plug-in hybrid models that can run a few dozen miles on battery power before switching to a conventional engine.

The pricing of those models suggests drivers will pay a premium for future Volvo cars – the basic plug-in hybrid version of its XC90 SUV crossover costs £61,650, £13,250 more than the basic diesel edition.

Several of the major carmakers, including Renault-Nissan, BMW and VW, have declared ambitious plans for electric cars, supported with grants by governments, which see them as a key way of tackling air pollution and climate change.

The VW emissions scandal gave added impetus for companies to focus on the technology, as politicians and campaigners increasingly blamed diesel for cities’ air quality problems.

The cars that Volvo produces from 2019 onwards will range from battery-only to plug-in hybrid – which can run for a significant distance before switching to petrol or diesel – and mild hybrids, where a battery helps a conventional engine achieve greater fuel economy.

Asked if the announcement showed diesel was dead, Samuelsson said: “Long-term, diesel will get more and more expensive, because it requires some after-treatment.” Volvo said in May it was considering ceasing development on next-generation diesel engines.