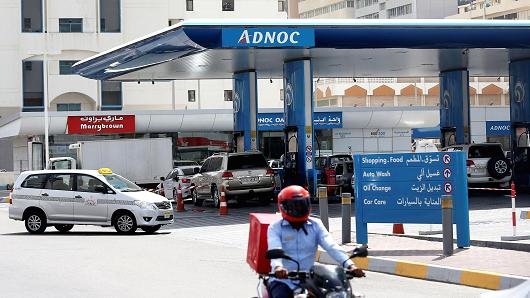 The United Arab Emirates' energy giant is seeking to boost profitability and gain access to new markets during a period of prolonged low oil prices that has piled pressure on nations dependent on revenue from fossil fuel.

The Abu Dhabi National Oil Company, or ADNOC, is considering an initial public offering of minority stakes in some of its services businesses. The UAE joins Saudi Arabia and Oman in announcing plans to sell equity stakes in portions of their state-owned energy companies.

However, Abu Dhabi does not plan to launch an IPO for ADNOC, the main holding company. That is in contrast to Saudi Arabia, which is expected to attract a valuation of $1 trillion to $2 trillion for Saudi Aramco by taking a portion of the company public in what is likely to be the largest-ever IPO.

The first potential ADNOC services business IPO would be announced in a few months, with shares to be listed on domestic equity markets, according to Abu Dhabi state-owned newspaper The National.

In contrast, Saudi Aramco plans to list on international exchanges.

It's uncertain which businesses ADNOC will take public or how much an equity sale would raise.