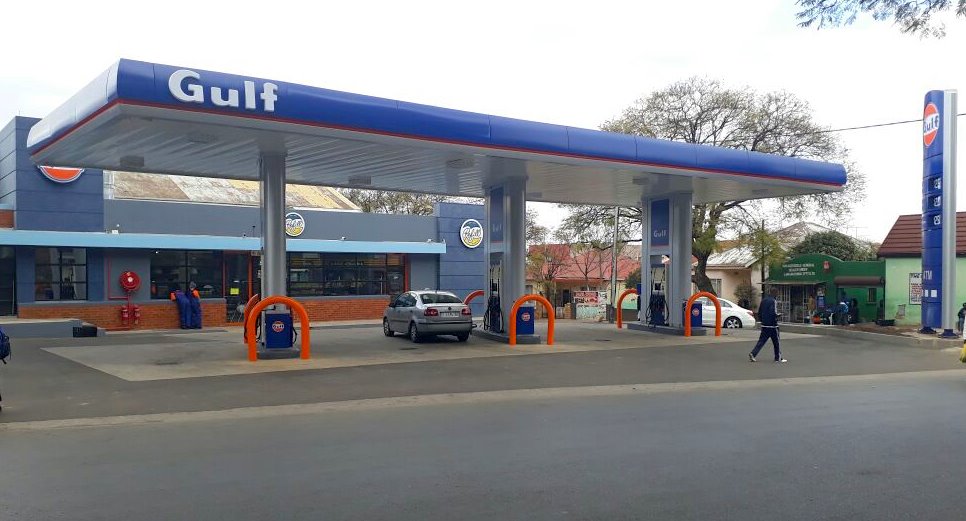 Gulf Oil International has opened the first Gulf service station in South Africa, marking the return of Gulf as a fuel brand on the continent after an absence of more than a decade.

Gulf is currently in the middle of a major global expansion programme in both fuel and lubricants and this first African retail outlet is a significant milestone in its growth journey.

The station is located in Johannesburg and is operated by Gulf’s South African fuel retail licensee, Capital Lounge Management Services.

As the model for Gulf service stations in South Africa, the new station is intended to offer a step-up, in terms of service, to local customers.

The Gulf facility offers a partner shop and a hot food outlet – and therefore, like many Gulf stations around the world, it aims to become a local meeting point and community facility.

The branding, signage and equipment was provided and fitted, under license, by OPECO Energy, who are the Gulf Oil International authorised service station suppliers.

Other station openings are planned over the remainder of this year, with a steady roll out of the Gulf brand in fuel retailing in South Africa over the next five years.

“The opening of this station will also attract more dealers to take on the brand and will be of great assistance in finding and opening other Gulf networks in Africa.”

This latest opening comes hot on the heels of Gulf’s recent announcement of the launch Gulf Japan, as fuel licensees for the country and in the midst of brand’s move into wider energy supply, with Gulf due to commence selling gas and electricity in the next few months.