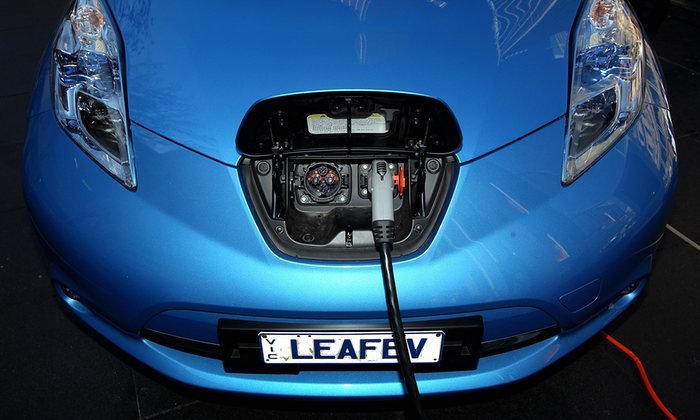 A report from Nissan suggests public electric vehicles charging stations could outnumber the number of gas station in the UK as soon as 2020.

Edward Jones, EV manager at Nissan UK, described it as a tipping point for electric cars (via The Guardian):

“As electric vehicle sales take off, the charging infrastructure is keeping pace and paving the way for convenient all-electric driving.

Combine that with constant improvements in our battery performance and we believe the tipping point for mass EV uptake is upon us.

As with similar breakthrough technologies, the adoption of electric vehicles should follow an ‘S-curve’ of demand. A gradual uptake from early adopters accelerates to a groundswell of consumers buying electric vehicles just as they would any other powertrain.”

The report found that there were 8,472 traditional gas stations in the UK at the end of last year, which is 75% less than the 37,539 recorded 40 years ago. The steady decline is expected to continue and it is likely to fall to under 7,870 by summer 2020, according to Nissan.

At which point, the Japanese automaker, which is selling a lot of all-electric Leafs in the UK, is guiding that the current 4,100 public EV charging locations in the UK will grow to about 7,900 – surpassing the number of gas station.

While those are interesting statistic and projections, I don’t believe they tell us a lot about the electric vehicle charging infrastructure.

It’s something that we discussed a few months ago when an analyst falsely claimed that Tesla’s Supercharger network would need a $8 billion investment to match gas stations.

The important word in Nissan’s study is “public” charging stations. If they were to include home charging, they would likely already outnumber gas stations.

For gas-powered cars, gas stations are the only places where drivers can fuel their cars, but that’s obviously not the same for electric vehicles. The vast majority of EV owners can charge at home – just like they charge their phone.

Things get more complicated for those without charging access where they park their car overnight. That can be addressed either through proving on street charging, like they do in Norway and other Nordic countries where they already had plugs for car heaters, or through public charging stations in cities.

In order to truly be competitive, they need to compare them with DC fast-charging stations. Hopefully, things are also improving on that front.