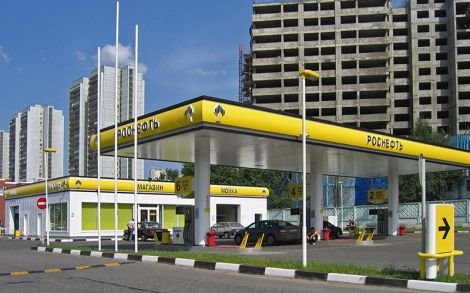 The Rosneft-led consortium’s acquisition of Essar Oil’s assets last week, including its fuel retail network, is keeping state-run oil marketing companies (OMCs) on their toes to ensure footfalls do not decline.

OMCs are looking at various options, including re-branding retail outlets, loyalty programmes and extending discounts at company-owned outlets. Bharat Petroleum Corporation Ltd (BPCL), for instance, has a revamp programme under way for its highway outlets.

The company is engaging with all stakeholders in a far more effective manner. There will be a change in the look and feel of the outlets.

“Our quality assurance programme will also go to a completely different level. Besides, many activities are being done on the ground,” BPCL executives informed analysts during an earnings call this month.

A BPCL executive confirmed a revamp for outlets was under way, but refused to share further details. In addition to the planned revamp, according to industry sources, BPCL is also offering discounts at certain outlets to improve footfalls.

Ajay Bansal, president of All India Petroleum Dealers Association, said BPCL was not alone. “All three OMCs are working on the visual appeal of their outlets and are also offering discounts at some of company-owned outlets,” Bansal said.

For companies like Hindustan Petroleum Corporation Ltd (HPCL), rating agency Crisil expects these steps will help retain brand position. “The company has also undertaken aggressive branding and marketing exercises and has been expanding its retail network.

These initiatives should help maintain the established brand position,” Crisil said in a note on HPCL. Of the 59,595 retail outlets in the country, BPCL operates 13,983, HPCL 14,412 outlets and Indian Oil Corporation (IOC) 26,212. An email query sent to BPCL, HPCL and IOC remained unanswered.

Rosneft has access to 3,500 outlets in the country, making it the largest private fuel retailer in India. OMCs have been undertaking most of these steps even before the deal was completed.

According to analyst reports, state-run OMCs growth rate in diesel has been lower than the industry growth rate during the September quarter, indicating market share lost to private players. Even before Rosneft’s entry, daily changes in petrol and diesel prices also made the retail market more competitive.

BPCL has been prompted to work on its highway outlets due to a decline in volumes, which is being attributed to the increase in competition from both private and public fuel retailers. In addition to the planned revamp, according to industry sources, BPCL is offering discounts at certain outlets to improve footfalls.