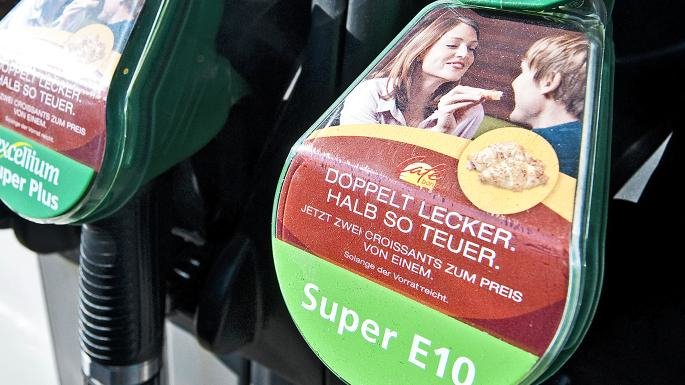 Motorists could face confusion on fuel forecourts after UK ministers gave the go-ahead to new “green petrol” that will be incompatible with older cars and could increase prices at the pump.

The UK Department for Transport (DfT) yesterday proposed targets for the use of renewable biofuels that it expects to lead to the introduction of a so-called “E10” petrol, blended with almost 10 per cent bioethanol, within three years.

The plans, which come weeks after the government pledged to end the sale of new petrol and diesel cars altogether by 2040, are designed to reduce carbon emissions, helping to tackle climate change.
However, motoring groups warned that the biofuel plans could cause confusion, while environmental groups said they could actually cause more harm than good.

Older petrol vehicles, typically those manufactured before 2000, are unlikely to be able to run using E10 without damaging their engines.

The DfT said that this was expected to affect about 5 per cent of petrol cars by 2020 and that it would work with fuel suppliers to ensure there is “ongoing availability of fuel suitable for older petrol vehicles”.

This raises the prospect of petrol stations being fitted with an additional pump for pre-2000 cars.

The DfT also acknowledged in documents published yesterday that E10 would result in slightly higher prices, of just under 1p per litre. That could add 55p to the cost of filling up a family car.

Luke Bosdet, a spokesman for the AA, said he believed the costs would be minimal but the effect on drivers of older cars could be significant.

“The concern is on how the conversion impacts on older cars, forecourt layout and general ignorance about the change,” he said.

“The key question that drivers will ask is that, with petrol and diesel cars being banned after 2040, why go through all the disruption that moving to 10 per cent biofuel entails?

They will wonder why all the cost of conversion isn’t spent on speeding up the conversion to electric vehicles.”

The DfT announced that the targets for the supply of renewable transport fuels would increase from 5 per cent to reach 9.75 per cent by 2020 and 12.4 per cent by 2032.

There has been controversy about the environmental benefits of biofuels derived from crops in recent years, due to the use of land to grow them. The government also said that it would double the amount of fuel produced from waste in the UK.

Martin Harper, director of conservation for the RSPB, said: “Unfortunately what was once seen as a promising solution to our fuel needs has now been clearly shown up as an environmental cul-de-sac that is not only damaging nature but causing emissions increases.

Some biofuels made from waste could help to reduce emissions from vehicles, but today’s decision will result in a lot of support for the wrong types.”