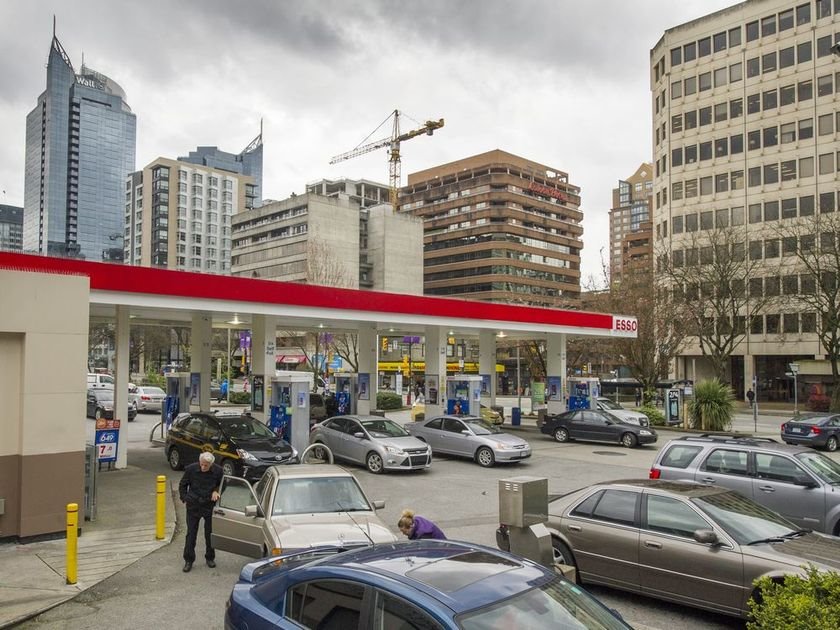 “Gas stations are typically located in prime areas on corners of major crossroads, and just the opportunity costs of capital that’s built within those sites, and how it’s been growing over the years — it makes sense to me,” said Curtis Scott, manager of market intelligence for Western Canada with Colliers International.

“I think it is a trend, for sure. But I think it depends on the organization that is managing the gas station,” he said. “From a real estate standpoint, you’re unlocking a lot of capital. It’s a unique opportunity.” Earlier this month, Chevron Canada confirmed it would be selling and closing five more gas stations in the City of Vancouver.

These sales follow Chevron’s previous divestment of its downtown station in Vancover, which has since closed after being purchased by Anthem Properties. B.C. Assessment valued that plot at $32.8 million, but media reports have said the deal was worth $72 million.

Byrne said Chevron will still operate 17 retail stations in the City of Vancouver following this round of closures. “We still have the largest market share in the city of any fuel provider,” he said.

He said skyrocketing land values in Vancouver make selling the land far more lucrative than selling fuel at those stations. “While our primary business is obviously selling fuel, successful businesses as they are, it makes more sense for these particular properties to divest them for another purpose and redevelopment,” he said.