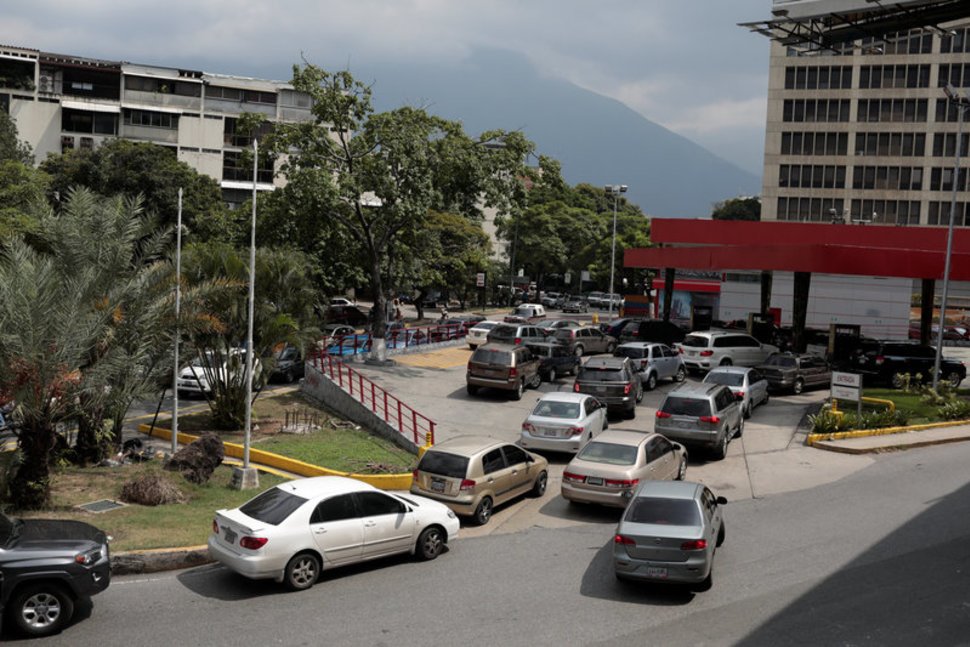 Venezuelan drivers are facing growing queues to buy gasoline despite having the world's largest oil reserves, adding to the OPEC country's woes as its refineries sputter and its socialist economic system crumbles.

Lines to buy fuel and shuttered service stations have been intermittent problems for much of this year, most notably outside the capital Caracas. But in recent days the problem has worsened, with lines popping up at service stations in Caracas, while drivers in the southern city of Puerto Ordaz were waiting an average of four hours to fill their tanks.

"I had an urgent medical appointment but I had to suspend it because I didn't have gasoline and the lines are several blocks long," said Nelly Gutierrez, 35, an accountant. "There's no medicine, water, internet, and no gasoline. How long is the government going to put us through this?"

State oil company Petroleos de Venezuela (PDVSA) did not immediately respond to a request for comment and the reasons for the apparent dip in supply this week were unclear.

But the country's refineries are functioning at record lows due to constant outages and insufficient supply of crude resulting from slumping output, union leaders and refinery workers say.

PDVSA, suffering a dramatic cash flow shortage as a result of low oil prices, has struggled to pay for imports of fuel to fill the gap.
In most cases, it has resolved major supply disruptions within a few days, although one shortage in March lasted several weeks and affected exports to ally and trading partner Cuba.

Fourteen tankers are waiting in ports in Venezuela and the Caribbean to unload a total 4.2 million barrels of fuel and blending components commissioned by PDVSA, but have not yet done so for lack of payment, according to Thomson Reuters data and shipping sources.

Earlier in September, 24 cargoes were held awaiting payment, but at least six of those have been diverted to other destinations as Atlantic storms have caused supplies to tighten elsewhere. Others have discharged in recent days, after receiving payments.

PDVSA is now forced to prepay its fuel imports because payment delays have led suppliers to halt open credit to the company. U.S. sanctions imposed last month are also making it difficult for PDVSA to get letters of credit needed for some imports and exports.

President Nicolas Maduro says the country is a victim of an "economic war" and accuses the administration of U.S. President Donald Trump of worsening the situation through sanctions.

"I'm really sad that my country is in this situation," said driver Marvelia Dominguez, as she waited to fuel her car in Caracas. "Now we don't even have gasoline, which was always one of the easiest things for us to find."