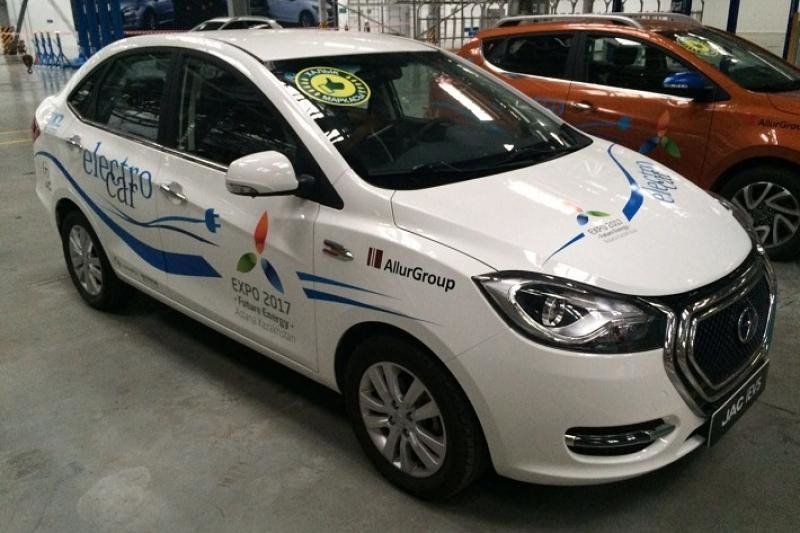 As many as 300 JAC electric vehicles of Kazakh production will be released in 2018. This was stated by the representative of Kazakhstan's automakers, Sergei Mogilatov, at the sixth International Scientific and Practical Conference.

He said "Today, within the framework of the engineering forum, we announced our strategic step, which is to choose the model of electric vehicle with our partner JAC. We plan to produce it serially in Kazakhstan,” he said adding that car will be presented in October in China.

“After that certification work will be conducted in Kazakhstan. If we talk about the actual production of this model of electric vehicles, the first batch will be produced in 2018. It will consist of about 300 electric vehicles,” he said.

A large-scale production is planned for 2019. Mogilatov faced difficulty to specify the approximate cost of the electric car.“At the moment, it's hard for me to name the figure, because the full cycle of certification work is not yet completed. And this affects the final price of the car. I can say that the cost of an electric car produced in Kazakhstan will be slightly higher than the cost of an ordinary car.

Still, this is a new technology that makes the first steps. It depends, first of all, on the units that will be used in the electric vehicle,” he noted. One of the key issues in the production of electric vehicles in Kazakhstan is the creation of an appropriate infrastructure. Particularly, its refueling by electricity is important.

“Even on cell phones, the battery is an annoying factor as when it ends, you need to recharge it urgently. From the point of view of an electric vehicle - this is no less important element. Therefore, the first issue to be solved is the infrastructure that will allow the consumer not to worry about where he will refuel this electric battery.

One of the important points is how fast the consumer will charge it. At the usual gas station, we can do this for 3-5 minutes. If we are talking about charging an electric battery, there is a fundamentally different approach," Mogilatov explained.

“We need to charge it fully during the night, and having spent it during the day, you need to be able to drive up to the nearest electric station and bring the battery level to 80 percent in 10 minutes. Each electric car has two ports - one allows you to charge at home, the other - at a filling station," he added.

From 2010 to 2012, JAC created the largest scale of electric vehicle model operations within the industry. So far, approximately 5,000 units of pure electric vehicles have been sold, ranking in the Top 3 globally and Top 1 in China.

Car manufacturing is growing at an unprecedented rate in Kazakhstan and significant expansion is planned in coming years. As of November 2015, the number of registered vehicles reached 5 million automobiles, a 63% growth from 2013 (a 10% compound annual growth rate). On average, there is a car in every second household in the country.