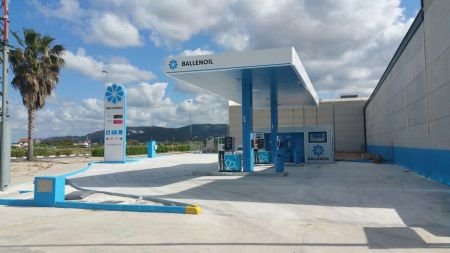 Ballenoil will open six new filling stations by the end of 2017 taking the total number of sites it has in Spain to over 100.

So far this year, the Spanish group has opened four stations in three provinces. Andalusia Seville and Malaga. The most recent service station to open being in Algete, to the north of Madrid.

During the final quarter of 2017, Ballenoil plans to open six more stations, which will add to the total of 101 gas stations. The new refueling points are divided between Andalusia and Madrid.

In addition, in 2018 is expected to Ballenoil fulfill its expansion plan and open to total of 25 new gas stations.

Thus, Ballenoil has become the leader in the low fuel industry, which offers safer, easier and lower cost to the consumer service.

Ballenoil is a company belonging to Progeral Group, leader in the field of washing facilities car since its birth in 1962.

Positioned as a recognized brand in a sector with high potential competition in Ballenoil we are pioneering an innovative model of
gas stations based on a main concept: quick and easy supply of fuel quality at an affordable price.