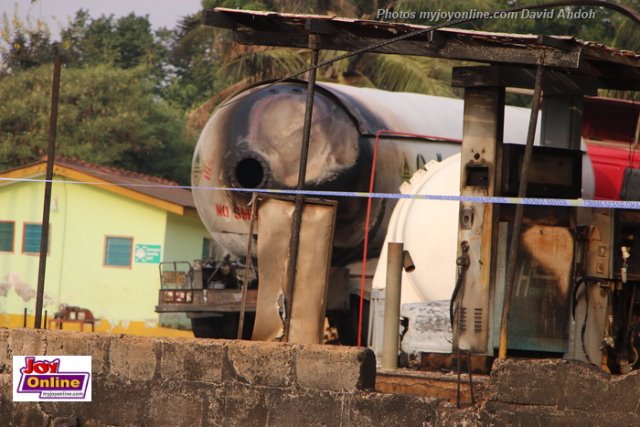 After the devastating fuel station fire in Ghana this month, where 7 people died, the NPA in Ghana has closed down about 21 "high risk" LPG filling stations and will also carry out the same inspections to filling stations that are non-compliant. About 25 others have been given a “clean bill of health."

NPA Executive Director, Hassan Tampuli told Evans Mensah on Joy FM’s Top Story Friday the gas stations that were shut down did not have the requisite permit to operate.

He said the owners could not provide registration documents from the Ghana National Fire Service (GNFS), Environmental Protection Agency (EPA), Town and Country Department and the Factory Inspectorate Department of the Energy Ministry.

“If you omit each one of these permits, you are likely to have your station closed down,” he said.

The revelation was contained in government statement announcing some new measures to prevent gas explosions in the country. The recent gas explosion at Madina Atomic Junction in Accra left at least seven people dead with 134 others injured.

President Nana Addo Dankwa Akufo-Addo has vowed to uphold safety standards at the various gas stations. In line with that, his government has directed the immediate inspection of all gas stations.

“High-risk stations will be immediately closed down, in accordance with relevant law and without regard to any political or special interests,” the new measures sanctioned by Cabinet last night read.

But NPA said it has already rolled out an inspection exercise of all gas stations to assess their safety protocols and operating permits.
Mr Tampuli said the Authority’s inspectorate has been monitoring the gas stations across the five zonal areas namely Kumasi, Greater Accra, Volta, Takoradi, and Tamale.

He said in all, the NPA has been able to inspect about 46 stations, out of which 21 have been permanently closed down. “The more rigorous one will follow [and] the imposition of penalty is a given,” he said, adding the sanction regime for non-compliant gas stations is not tough.

But Executive Director of the Bureau of Public Safety, Nana Akwandah has cautioned the NPA to tread cautiously since its activities might trigger opposition from gas operators.

“You cannot close down gas stations because they don’t have registration from inspectorate,” he said, adding if the NPA is not careful people might read political meaning into its activities.