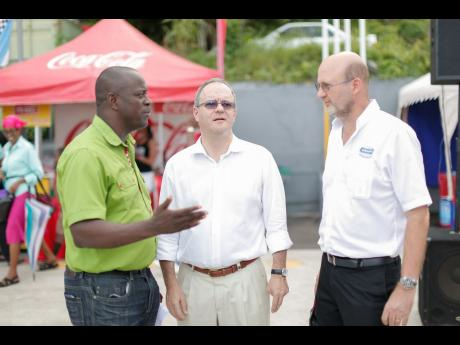 RUBiS manages a network of service stations across every parish in Jamaica, serving retail customers oall demographic segments, and is committed to enhancing its offerings and improving standards. In addition, RUBiS also supplies its Ultra Tec Fuels and Chemicals to commercial and industrial segments.

According to the Chief Executive Officer of RUBiS Energy Jamaica, Alain Carreau, the modernisation of the St Ann's Bay station is a reflection of its dedication to the parish of St Ann becoming part of the global market.

"By equipping the parish with a service station that has this kind of new technology, it shows that we are intent on developing St Ann into a parish with international appeal and influence," the CEO said.

Carreau noted that the upgraded service station is part of a larger modernisation project that the company is investing in as it looks to roll out similar service stations across Jamaica.

"RUBiS Energy Jamaica is sticking to our commitment to elevate the safety and standards of our facilities in order to provide improved benefits to our customers. A modernised service station and C Store provides better and faster services, along with an improved environment for both staff and customers," Carreau said.

The upgraded RUBiS St Ann's Bay location has been retrofitted with automatic smart fuel controllers, new fuel pumps, as well as upgraded storage tanks. The newly installed double-wall tanks meet all local and international standards for storage of petroleum-based fuel, and as such, increase the level of safety and reduces the environmental risks associated with the storage and dispensing of the fuel.

RUBiS Energy Jamaica's focus on community development was also brought to the fore at the grand opening with Carreau presenting a printer to the St Ann's Bay Primary School, represented by principal Trevor Cole, as part of the day's activities.

"We are committed to playing our part in the continued development of the communities not only by upgrading the stations in their area, but we are also driven to assist in their holistic development," said Carreau.