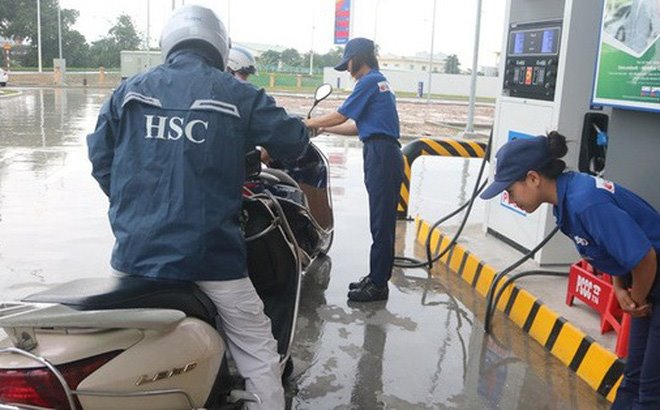 A favourite topic for gossip among office workers in Vietnam amongst taxi and truck drivers recently has been the opening of a new foreign-owned filling station in Hanoi. A clip posted on the internet shows that while waiting for their cars to be filled with petrol, cars owners can have their glasses cleaned for free. This apparently is unprecedented in Vietnam!

Vietnamese love Japan-made products and services. And according to local media one reason they might go to Idemitsu Q8, the filling station, for petrol is that they have heard that the station can control the volume of fuel provided to customers at a high accuracy of 0.01 liter.In the past fraud has been the subject of concern at many Vietnamese-owned filling stations.

Some Vietnamese commented on their Facebook that they have a good impression about the appearance of Hiroaki Honjo, CEO of IQ8, at the filling station on October 10. He was there in the rain and was seen bowing to customers.

Though Idemitsu Kosan has impressed Vietnamese with high-quality, friendly service, it will still meet difficulties to cement its position in the Vietnamese market

Ngo Tri Long, a pricing expert, said that the presence of the foreign petroleum distributors in Vietnam would benefit customers because it will create competition among service providers which forces domestic companies to upgrade their quality.

However, experts said that, though gaining some initial achievements, the Japanese giant would find it difficult to squeeze into the petroleum retail market controlled by Vietnamese companies.

According to Ban Viet Securities, the typical characteristic of the petroleum distribution sector is that enterprises with large networks of retail points win the competition. Customers tend to buy petrol at retail points most convenient to them, and won’t go to Thang Long IZ for petrol just because the price is low or the service is good.

Therefore, competition among distributors will mostly be due to capability of expanding networks and increasing the number of agents.

Vietnam has 14,000 filling stations in the country, of which 11,000 are run by sales agents and 3,000 owned by general agents or distributors.

Petrolimex is the largest distributor with 5,200 stations, holding 48 percent of the market share, followed by PVOil, Thanh Le and Saigon Petro which have 3,000, 1,150 and 1,000 stations, respectively.

In the first six months of 2017, Petrolimex opened 36 filling stations.

The other disadvantage of Idemitsu is that its supply sources would be limited, while Vietnamese companies can buy products from different sources.