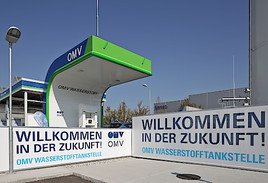 Hydrogen fuel cells are a controversial thing. Elon Musk, for example, finds them “incredibly dumb”, and he’s far from the only one. Yet the concept of using the universe’s most abundant element to fuel vehicles is still alive and kicking.

The latest of its proponents to make headlines is Swiss company, H2 Energy, which says it has achieved a closed-cycle hydrogen production process that uses all-renewable sources to make hydrogen for fuel and other applications. Its project, in partnership with utility IBAarau, is reportedly the first renewable-source hydrolysis plant in Switzerland.

Then it compresses this hydrogen in a tank and, in the future, will deliver it to a chain of hydrogen filling stations. The amount of hydrogen produced in this way is sufficient for the annual consumption of 170 fuel cell cars.

However, to date there is just one hydrogen fueling station in Switzerland, and 12 hydrogen-fueled cars in the area, plus a hydrogen-powered truck. Interestingly, the facility is owned and operated by Coop Mineraoel AG, a distributor of petroleum products.

The company is reportedly diversifying into renewables and has chosen to focus on hydrogen, planning a network of fueling stations for the future.

Some carmakers share the belief that hydrogen as a fuel may have a bright future. BMW recently announced it’s launching a limited-production fuel cell car in 2022. What’s more, the company expects to have a bigger market for fuel cell vehicles after 2025.

However, according to BMW’s alternative powertrain group boss, Matthias Klietz, there are still challenges with hydrogen adoption as a personal transport fuel, among them the lack of fuel station infrastructure and the still too-high cost of fuel cell vehicles.

Last month, Oilprice examined a growing interest—and investment—in hydrogen energy storage systems, noting the appeal of these systems as clean tech. Hydrogen-for-fuel makers use the same argument: that the only thing hydrogen produces when used to fuel a vehicle is water.

Yet, at the time, one commenter noted that there’s no such thing as completely clean energy. Some may be cleaner than others, but a totally green energy source has yet to be invented.