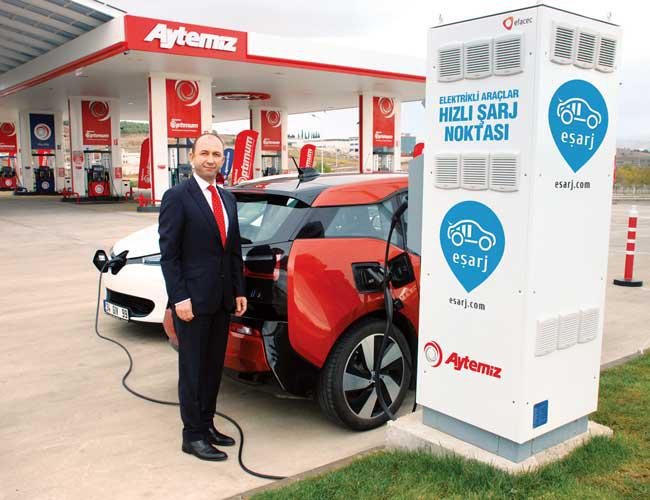 Fuel oil distributor Aytemiz has started to offer rapid charging services for both hybrid cars and electric vehicles for the first time at a fuel station in Turkey, the company announced

Hybrid and electric vehicles can be charged at the station for only 25 minutes, the company stated, adding that this was the first rapid charging unit launch at a fuel station in Turkey, in cooperation with Eşarj Electric Vehicles Charging Systems.

Aytemiz CEO Ahmet Eke said the company wanted to take advantage of the electric vehicles market, noting that the number of such vehicles surpassed 2,000 units at the end of 2016.

Saying that Aytemiz is the company was ready to meet the sector’s future demands thanks to rich knowhow and competitiveness advantage, obtained through a key partnership with Doğan Energy,

Eke added that rapid charging points will also be opened at stations in Istanbul in the coming period.

Doğan Enerji, a subsidiary of Doğan Holding, which owns the Doğan Media Group and the Hürriyet Daily News, acquired an approximately 50 percent stake in Aytemiz in 2015.

The rapid charging units offer services to two vehicles simultaneously and up to 75 cars can be charged on daily basis, according to the statement.