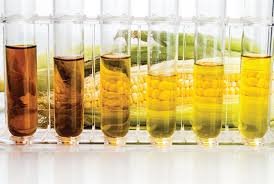 Gasoline containing up to 10 percent of ethanol has become the top-selling petrol in France, its largest market in the European Union, helped by a tax break that made the crop-based fuel more attractive to drivers, French ethanol producers said this week.

Sales of unleaded SP95-E10 accounted for 38.5 percent of total petrol sales in France in September, the Bioethanol Collective said in a statement. That compared with 36.8 percent for SP95 and 23.6 percent for the higher-quality SP98.

The rise in demand for SP95-E10 in France contrasts with Germany where sales of E10 petrol fell last year despite a price advantage due to concern it is not suitable for all cars and with Britain where it has not yet been introduced.

Since its launch in 2009 in France, SP95-E10 has widened its network to more than one in two petrol stations in the country where it is 4 to 5 cents a liter cheaper than SP95 thanks to a tax incentive.

Ethanol, made from grains or sugar in France, has also benefited from French drivers’ distrust of diesel after Volkswagen’s (VOWG_p.DE) emissions test cheating scandal.

Registrations of petrol and diesel cars were nearly equal in France over the first 10 months of the year in a setback for diesel whose market share was 8.6 percentage points ahead of petrol a year earlier, French carmakers’ association CCFA said.

Demand for SP95-E10 in France was also boosted by an increase this year in the legal biofuel blending level in transport fuel to 7.5 percent overall from 7 percent previously.

To meet this goal, fuel distributors were tempted to promote ethanol-rich and easy-to-use SP95-E10 instead of standard SP95 and SP98 which also contain ethanol but only up to 5 percent, or E85 - with between 65 and 85 percent of ethanol - that requires specific engines or conversion kits.

Ethanol’s expansion is being threatened by a proposed change in EU biofuel policy over concerns that biofuels could contribute to high food prices and indirectly cause deforestation.