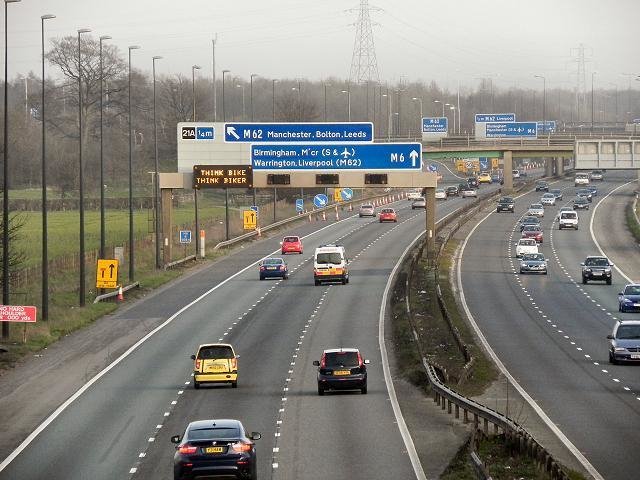 Traffic lights will be installed on some of Britain’s busiest motorways in a bid to cut congestion. They will be put on the link roads which join motorways - with a £7 million pilot scheduled to commence to next month, reports the Times.

Under current rules in the UK, traffic lights can be placed on motorway slip roads. The new development is the first attempt to put them on link roads, which are part of motorways.

Official figures show vehicles travelled 68 billion miles on motorways in Britain in the year ending in June, up by more than a third since the mid-Nineties.

Traffic has increased at a faster rate on motorways than on any other type of road.

Research last month found that there had been more than 1.35 million jams on motorways and A roads in the past 12 months, equivalent to almost 3,700 each day.

The Highways England plan will attempt to ease congestion at the Croft interchange, where Junction 21A of the M6 meets Junction 10 of the M62.

Electronic signs will be introduced on the eastbound M62 heading towards Manchester to warn motorists of congestion.

Under the second phase of the scheme, traffic lights will be switched on at the end of the link roads from the M6 on to the eastbound M62.

Highways England said that traffic would be monitored by cameras, with controlled lights to minimise tailbacks on to the M6.

The technology was tested last week and will be switched on next month and in January.

Highways England said that traffic would be monitored for a year. If successful, the scheme will be introduced on other motorway link roads.