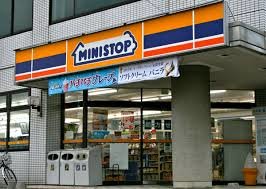 Japanese Convenience store chain Ministop Co. will stop selling adult magazines and similar publications at all of its outlets from January next year, reported the Asahi Shimbun.

Pornographic magazines are to be withdrawn from sale at convenience store chain Ministop Co.’s outlets from January in response to complaints from women and families with children.

The decision to end the sale of “adult magazines” and “publications resembling them” is part of a broader move by Aeon Co., the nation’s largest retail company, to do so at all 7,000 outlets its group companies operate, including about 2,200 Ministop stores.

The sale of publications aimed at adults to individuals under the age of 18 is banned under ordinances.

Apart from Ministop, the Aeon group comprises operators of general merchandise, supermarkets, drug stores, bookstores operating at its shopping malls, and other retailers.

An official with Aeon’s publicity department, commenting on the sale of pornographic magazines at bookstores operating as tenants at company-run shopping malls, said, “We will consider what to do with them later.”

Ministop has been considering a halt to the sale of pornographic publications since May or so after receiving a flurry of complaints from shoppers--most of them women and parents--about the effects of their sale on children.

Ministop said magazines in that category represent around 5 percent of overall magazine sales at the chain’s stores.

Although it is common among convenience store operators to separate adult titles from other publications in the magazine corner at their shops, most stores have continued selling them because they can count on a certain amount of sales.

“The unit price of such publications is generally higher than others, and they contribute to overall sales,” a public relations official at major convenience store player Lawson Inc. said.

The official said Lawson leaves the decision of whether to sell adult magazines and their equivalents up to its franchise holders.

Of about 13,000 Lawson stores across the nation, some 2,500 do not sell them, and pornographic magazines are excluded from about 2,500 of Seven-Eleven Japan Co.’s 19,900 outlets nationwide.

A PR official with FamilyMart Co., which also does not sell adult magazines at some of its outlets, said, “We will carefully weigh the matter by observing the direction of the social tend.”

“We are concerned that it remains unclear which publications with what kind of content will be targeted,” the association said in a statement.