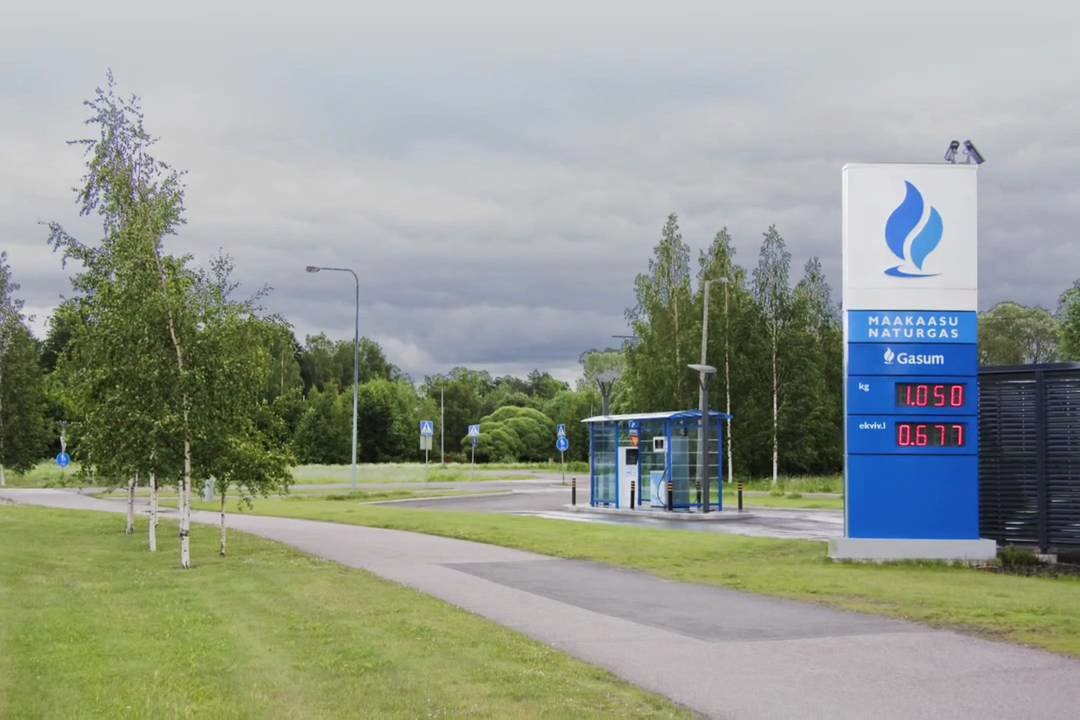 Gasum, the Nordic leader in energy gases, will expand its LNG filling station network to Sweden and Norway during 2018. The upcoming stations will be positioned to strategically relevant locations, expanding the operating range of LNG powered trucks even further in the Nordic countries.

Gasum believes LNG to be the future fuel for heavy transport. The network of LNG filling stations is growing fast all over Europe, which helps the market and the infrastructure to develop further.

During the last year, Gasum has expanded the LNG filling station network in Finland, where the company has opened stations in Helsinki, Turku and Jyväskylä, and a new station will be opened in Vantaa by the end of November. Gasum is also involved in opening an LNG import terminal in Tornio, Finland, which widens the distribution of LNG to an even larger area.

Transport with a clean and economical fuel

The European Union and the Nordic countries have set a strong agenda for reducing the emissions from transport. For this purpose, Gasum feels that LNG offers a wonderful solution. It is a clean fuel that doesn’t release small particles.

The nitrogen oxide emissions as well as the carbon dioxide emissions are lower compared to other fossil fuels, and the noise emissions produced by LNG powered trucks is lower. In addition, LBG enables the role of 100 % renewable fuel to grow significantly in the heavy road transport segment.

To achieve the ambitious climate goals in transport sector, reducing the amount of emissions from heavy-duty vehicles is one of the key aspects, as the emissions released by one truck equals the amount released by tens of passenger vehicles.

“We believe that the timing is right for the expansion as customer demand is rapidly increasing with the emission targets set by the countries. Traffic emissions play a major role in most companies’ value chains and consumers demand more sustainable products and services. LNG and LBG provide a great opportunity to answer to this demand. Several governmental support schemes are set to boost the availability and demand of LNG and LBG in the Nordics. Our current business setup in the Nordic countries enables Gasum to integrate our offering forward in the value chain, supplying LNG or LBG directly to the end customer,” says Jukka Metsälä, Vice President, Biogas, from Gasum.

Biogas and natural gas consist of methane gas. They are totally interchangeable and can be blended as required. Gasum is currently the largest producer of biogas in Sweden and Finland and with a growing demand from the heavy-duty vehicles segment,

Gasum sees a clear need to invest in further production and distribution capacity. Gasum is also a large distributor of LNG to the Industry and Marine segments through its subsidiary Skangas.