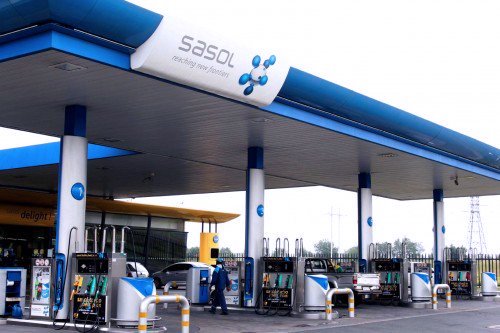 Sasol said it will look to expand its service-station business to better match its production of fuel in South Africa and acquire as many as 200 outlets to add to its network of 400 stations, according to co-chief executive officers Steve Cornell and Bongani Nqwababa. It could also provide branding to other fuel stations, they said.

“We feel like we’re giving away margin, not matching our retail capacity closer to our actual production capacity,” Cornell said in an interview at the company’s headquarters in Johannesburg.

While the world’s largest maker of fuel from coal produces about 30% of South Africa’s supply, only about a third of that is sold through Sasol retail stations, according to Nqwababa.

Cornell said Sasol is reviewing existing assets as it aims to boost profitability by 15% in the next five years.

After cutting costs and spending to weather lower oil prices, the company has said it will not consider further new gas-to-liquids or crude refining projects.

On the other hand, Sasol has identified about nine West African countries where it will consider exploration and production, with an emphasis on finding oil over gas, Cornell said. It’s finished drilling eight of the 12 planned wells at a field development in Mozambique.