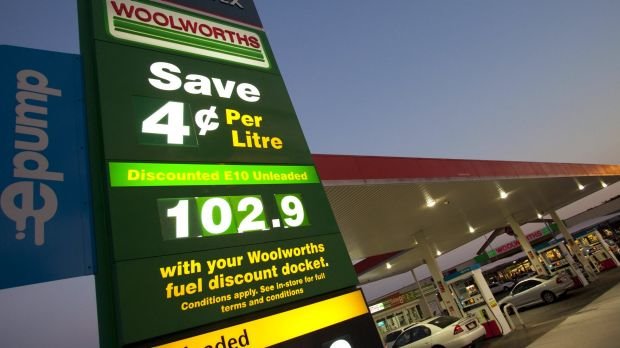 Woolworths and BP say they are considering their legal options after a proposed $1.8 billion takeover deal was blocked by the competition watchdog, in a decision that has the industry peak body scratching its head.

The Australian Competition and Consumer Commission on Thursday announced it would oppose BP’s proposed acquisition of Woolworths’ 531 petrol stations, citing concerns petrol prices would increase as a result.

“We believe that fuel prices will likely increase at the Woolworths sites if BP acquires them and other retailers would then face less competitive pressure,” ACCC chairman Rod Sims said in a statement.

“The bottom line is that we consider motorists will end up paying more, regardless of where they buy fuel, if this acquisition goes ahead.”

BP currently supplies fuel to around 1400 branded service stations, 350 of which are company owned. Mr Sims said BP prices were “significantly higher on average” than Woolworths and BP “generally increases prices faster than Woolworths during price increase phases, and is slower to discount during the price discounting phase of cycles”.

“We consider that BP acquiring Woolworths’ service stations will be likely to substantially lessen competition in the retail supply of fuel,” he said.

“Woolworths is a vigorous and effective competitor which has an important influence on fuel prices and price cycles in many markets throughout the country. Many consumers seeking out cheaper petrol will head to Woolworths petrol stations.

“Fuel is a major expense for many households, and even a small increase in prices due to reduced competition will have a major impact on drivers.”

He said the acquisition would “likely affect metropolitan price cycles by making the price jumps quicker, larger and more co-ordinated”. “Reduced competition will also mean that prices will not fall as far, or as quickly, in the discounting phase of the cycle,” he said.

Mark McKenzie, chief executive of ACAPMA (Australasian Convenience and Petroleum Marketers Association), the peak body representing fuel retailers, said it was “the first time we’ve seen a statement like this” in relation to a merger.

“Scratching our heads, is the best way to describe it,” he said.

“If you get greater scale inside a market you potentially get the capacity to lower prices. My sense is we already have a fiercely competitive market. I’m not sure the position [if the merger went ahead] is markedly different from the current one, in that you have a premium retailer in Caltex [partnered] with a discounter, Woolworths.

“For us it’s just going to be a case of digesting the decision. As an industry body we certainly don’t want to see anything that diminishes competition because we represent the smaller, independent retailers too.”

Woolworths said it was disappointed with the decision. “We have worked closely over many months with BP and the ACCC through an extremely rigorous and demanding process,” a spokeswoman said. “BP and Woolworths Group will assess the options over the coming period.”

BP also said it was disappointed and was consulting with its lawyers to determine the next steps. “We remain confident that, with appropriate divestments as offered by BP, this transaction would not substantially lessen competition,” BP Australia president Andy Holmes said in a statement.

“BP believes that this transaction and the partnership with Woolworths would bring a compelling new offer to Australian consumers that would transform convenience retailing in Australia.

“It would be the first of its kind for Australia’s growing convenience sector, bringing together BP’s quality fuels, Woolworths Rewards and a new range of high quality, fresh take-home food.

“BP has had great success rolling out similar offers with its partners in the UK, Germany, South Africa and other parts of the world. BP has operated in Australia for close to 100 years and is one of the nation’s most significant investors.

“Through our upstream and downstream businesses BP contributes to local economies, building infrastructure and creating jobs. BP believes that Australia is an exciting market and is absolutely committed to continuing to invest to bring our customers market-leading offers.”