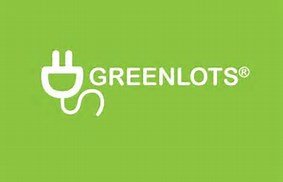 Greenlots, a leading provider of e-mobility and smart charging solutions, announced today that it has been selected by Electrify America to support its nationwide community-based electric vehicle charging initiative, focusing on workplaces, apartment buildings, and condos.

Greenlots will work with businesses and facility owners to provide turnkey charging stations, making it easy for property owners to offer EV charging. Electrify America will fund this initiative as part of their $2B investment in charging infrastructure across the United States.

Greenlots was a natural choice for Electrify America as it builds its nationwide network of community-based chargers, due to the company's leadership in deploying turnkey charging infrastructure and its broad experience working with utilities, cities, and automakers.

Greenlots' national reach, local expertise, experienced team and broad network of strategic partnerships will be key throughout this massive deployment.

As Electrify America works to promote and support the increased adoption of EVs, Greenlots will provide a technically advanced, interoperable and customer-friendly charging network.

Electrify America's deployment is the latest milestone in the global expansion of charging infrastructure and EV availability.

Global policy leaders from many countries, including China, France and the United Kingdom, are joining with global automakers, such as Volkswagen, in committing to an electric mobility future.

"Electrify America's partnership with Greenlots ensures that this unprecedented investment supports a broader vision in which electricity is the fuel of the future," said Brett Hauser, CEO of Greenlots.

"As we usher in a revolutionary convergence of the automotive and energy sectors, this nationwide infrastructure initiative to bring more chargers to workplaces and multi-unit dwellings is vital."

Electrify America LLC, which is headquartered in Reston, Virginia, will invest $2 billion over the next 10 years in Zero Emission Vehicle (ZEV) infrastructure and awareness. The investment will enable millions of Americans to discover the benefits of electric driving and support the build-out of a nationwide network of workplace, community and highway chargers that are convenient and reliable. For more information and to view the national and California ZEV investment plans, visit www.electrifyamerica.com.