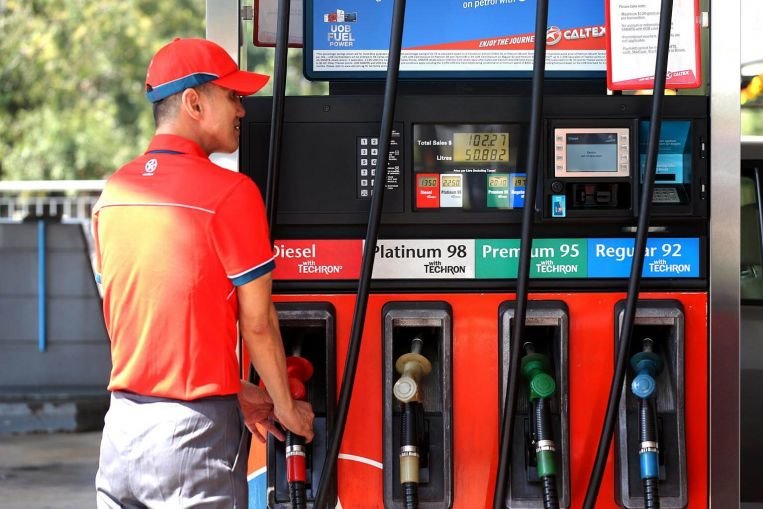 There is no collusion among petrol retailers but prices can be more transparent, said the Competition Commission of Singapore as it proposed the development of a platform to allow consumers to better compare prices, as reported in The Straits Times

The commission said it will be working with relevant stakeholders, including petrol retailers, to develop a price comparison Web portal and/or mobile application, which, according to a survey it conducted, could save motorists here $40 million a year

This comes after it did a second inquiry into the petrol market. The findings were released on Tuesday (Dec 19)

This is on the back of a of a fifth petrol retailer potentially setting up in the Singapore market, the commission added. The current four are Caltex (shown in pic above), Esso, Shell and Singapore Petroleum Co

“Discount and rebate schemes are complicated and make price comparison difficult for consumers. If information on effective prices, that is, retail prices net of petrol discounts and rebates, was made simpler and available, consumers would be able to effectively compare prices and make more informed petrol purchase decisions," it said

“This would, in turn, facilitate a more price-competitive retail petrol market in Singapore, as petrol retailers would then be encouraged to offer better prices and promotions to attract consumers.

"The commission's second inquiry into the petrol market started in February 2015, when the price of crude oil declined from US$115 a barrel in June 2014 to a low of US$46 in January 2015. Back then, the commission received feedback that retail petrol prices had not fallen in tandem with crude oil price declines

The inquiry was conducted with input from petrol retailers, industry experts and motorists

Revealing its findings on Tuesday, the commission said petrol retailers differentiate their prices through the use of discounts

It noted that while listed retail prices are similar, prices could be lowered by 5 per cent to more than 20 per cent with various discounts and rebates offered under loyalty programmes

Thus, there is high brand loyalty among consumers, the inquiry found, where 58 per cent of consumers surveyed did not switch petrol brands between 2012 and 2016. Only an average of one in five compared prices, the survey found

The inquiry also said that there should be greater awareness among motorists about using the correct octane grades, as the survey showed that 63 per cent of motorists in Singapore purchased a higher grade of petrol than needed for their vehicles

Studies have shown that using a higher petrol grade than recommended by vehicle manufacturers does not optimise engine performance, said the commission.