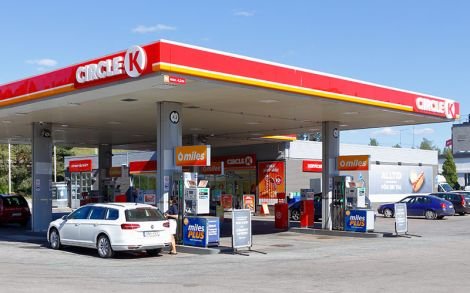 U.S. convenience stores are facing an inconvenient truth: Americans are changing the way they shop for snacks and drinks

The nation’s 154,500 convenience stores are getting squeezed by competition from all sides. Fast-food restaurants and supermarkets are slugging it out in price wars, while dollar stores keep popping up everywhere.

Some are even testing delivery. In a sign of the changing times, Circle K owner Alimentation Couche-Tard Inc., a Canadian company with 7,700 stores in the U.S., hired its first-ever chief marketing officer

“They’re just facing a lot more competition for convenience than ever before, whether it’s for coffee, food service, whether it’s for gasoline,” said Todd Hale, a consultant and former senior vice president of consumer and shopper insights at Nielsen Co. “Now they have to figure out what they’re going to do in the world of e-commerce.”

That means more consolidation could be on the way for the fragmented industry, where chains make up less than 40 percent of the market. After a recent shopping spree by market leaders Couche-Tard and Seven & I Holdings Co.’s 7-Eleven Inc., supermarket giant Kroger Co.’s 784 convenience stores are now up for grabs.

Some investors, frustrated with the earnings and stock price of Casey’s General Stores, have urged the Iowa-based chain to also consider a sale.

Part of the industry’s difficulties are rooted in economics. Couche-Tard, which is grappling with slowing same-store merchandise sales, has blamed “anemic” real-wage growth for the struggles of its lower-income customers, while also citing fewer visits by Hispanics.

As the income gap between top and bottom earners continues to widen, retailers and restaurants catering to cash-strapped customers are more likely to succeed, according to research by Cowen & Co.

That trend is pitting convenience stores against dollar chains, which have been beefing up their food offerings, including eggs and milk, according to Jennifer Bartashus, a retail analyst at Bloomberg Intelligence.

And as fast-food restaurants race to announce value menus, convenience stores are finding it harder to get customers to grab a slice of pizza or a sandwich after filling their tank.