H2 Mobility Deutschland, Shell and Air Liquide today jointly opened the first hydrogen (H2) station in the district of Esslingen – the twelfth in Baden-Württemberg, taking another step towards a nationwide H2 supply network in Germany. 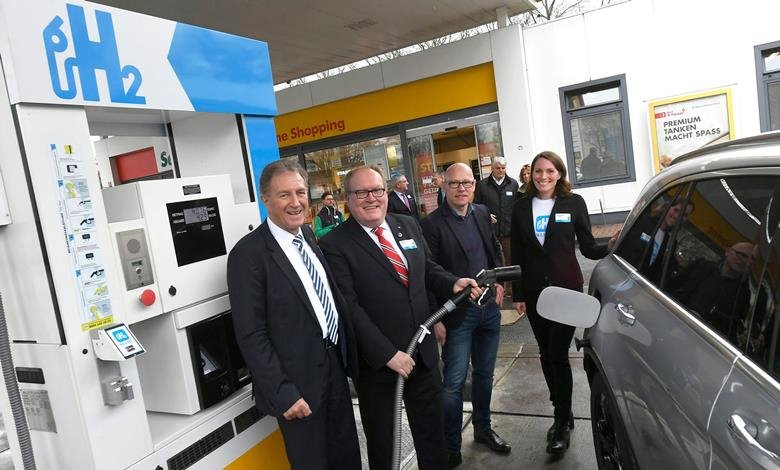 Owned and operated by the joint venture H2 Mobility, which is building a H2 infrastructure in Germany, the location is at the Shell petrol station Heinrich-Otto-Straße. Air Liquide is supplying the H2

The expansion of the nationwide H2 network is progressing well. Overall, the joint venture H2 Mobility intends to build up to 400 filling stations in Germany. The basis for the expansion of the hydrogen infrastructure in Germany has been laid by the Clean Energy Partnership (CEP) demonstration project, which sets common standards

Speaking at the opening, Thomas Bystry, Shell Project Leader and Chairman of the Clean Energy Partnership, said, “H2 technology is a promising technology, and H2 is a fuel of the future. We assume that this alternative drive from the twenties in markets such as Germany, England, Benelux and the United States plays an increasingly important role. We at Shell are on track.

"Markus Schewitza, Managing Director Air Liquide Advanced Technologies GmbH, added, “We now have to face the challenges of the energy transition. Today, H2 is one of our best solutions for achieving the goals of the Paris Climate Change Agreement. In particular, H2 has the potential to efficiently decarbonise the transport sector, one of the main sources of pollution in our cities.

Air Liquide is proud to be involved with other key public and private players in building Europe’s largest H2 infrastructure and thus creating the conditions for roll-out of fuel cell vehicles in Germany. ”

Nikolas Iwan, Managing Director H2 Mobility Deutschland, commented, “Germany is on the way to becoming a pioneer in electromobility with H2. We are currently building the backbone of the H2 infrastructure nationwide with the first 100 stations, regardless of the number of vehicles. Our priority is to build stations where customers need them and to operate them reliably. ”