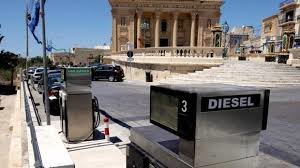 The issue regarding the number of fuel stations present in Malta has been widely debated recently and some controversial applications have made headlines locally.

Addressing the committee this evening, Abela said that the directive is one in line with EU directives, and “like other services, you cannot have a quota.”

When asked by Godfrey Farrugia what will happen to fuel stations with regards to the goal to have electric cars by 2040, Abela said he believes that they will be “phased out accordingly.”

Also present for the committee meeting was the Environment and Resources Authority director Michelle Piccinino, who expressed authority’s stand on changing the policy.

“Our position is clear,” she said. “We object to development on ODZ land. We accept that they are in areas which are already impacted by certain development, but not in places which are agricultural. We have held this view constantly and have always objected.”

Eight applications to relocate from core areas to Outside Development Zones are currently pending.

The rethinking and revision of the policy is expected to last for circa two months.

“Ideally it should not be so easy to get the go ahead,” said Environment Minister Jose Herrera, who was part of the committee, and agreed that arrangements in the current policy should be seen to.”