In Australia the stations’ monopoly on dispensing fuel is at risk unless they plan for the new generation of alternative fuel vehicles, an expert says.

Inaction will also put profit-making convenience stores at risk if electric and hydrogen powered vehicles can’t refuel on their forecourts.

That’s the message Hyundai’s manager of future mobility and government relations, Scott Nargar, has been impressing on the industry — and they’re starting to take notice 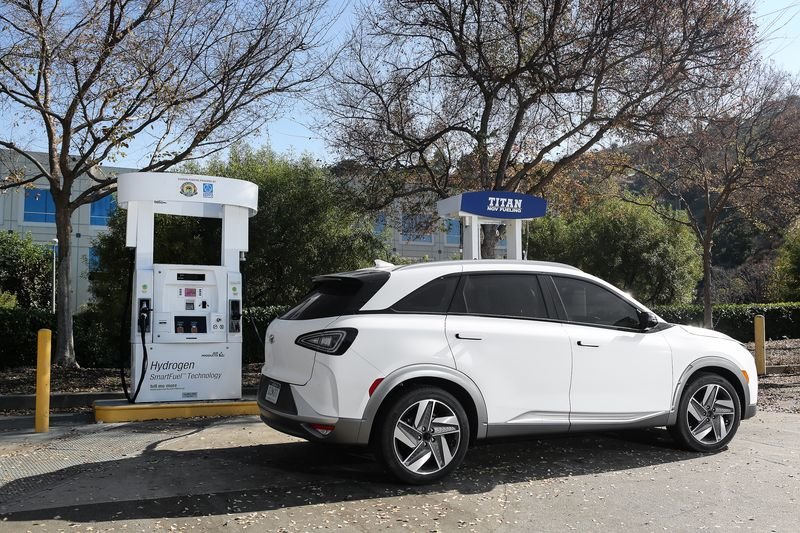 “We got to drive the previous generation fuel cell cars and drive electric vehicles and autonomous vehicles and we said ‘what’s the future of an oil company site in Australia if the industry isn’t planning right now for the transport fuels of the future.

If you want to keep selling milk, bread and chocolates you need to start thinking about selling the fuels of the future across the forecourt’,” Nargar says.

Nargar says the oil companies’ existing real estate, in the form of traditional service stations used by trucks, buses and privately owned vehicles, gives them an early advantage, providing they act as quickly as newcomers who see the potential for disruption

Those players include gas companies, who can create hydrogen as a by-product of their business or as an adjunct to their existing operations and technology companies who can leverage the electricity grid to create, store and sell electricity and hydrogen when supply exceeds demand

Nargar admits hydrogen is still in its infancy compared to battery electric vehicles but says large cars, buses and trucks are all better suited to hydrogen power, “At the moment EV charging technology is cheaper to produce and to roll out.

EVs are easy but I think in the long term we need to look at both areas,” he says.

“Let’s not pick a winner now; the market is going to determine that … let’s embrace and actually start getting a bit of infrastructure on the ground in Australia and try catching up to what’s happening in Europe and North America. We’re about 10 years behind in both cases.

“We’re the best example in the world of when there’s no direct engagement and involvement by the government, there’s no infrastructure investment … we’re a great example of how a market basically fails.”

Hyundai is backing up the talk with action and plans to have three electric powered vehicles on sale in Australia by the end of the year — the Ioniq compact passenger car and Kona small SUV, both powered purely by batteries and the Nexo large SUV with a hydrogen powertrain.