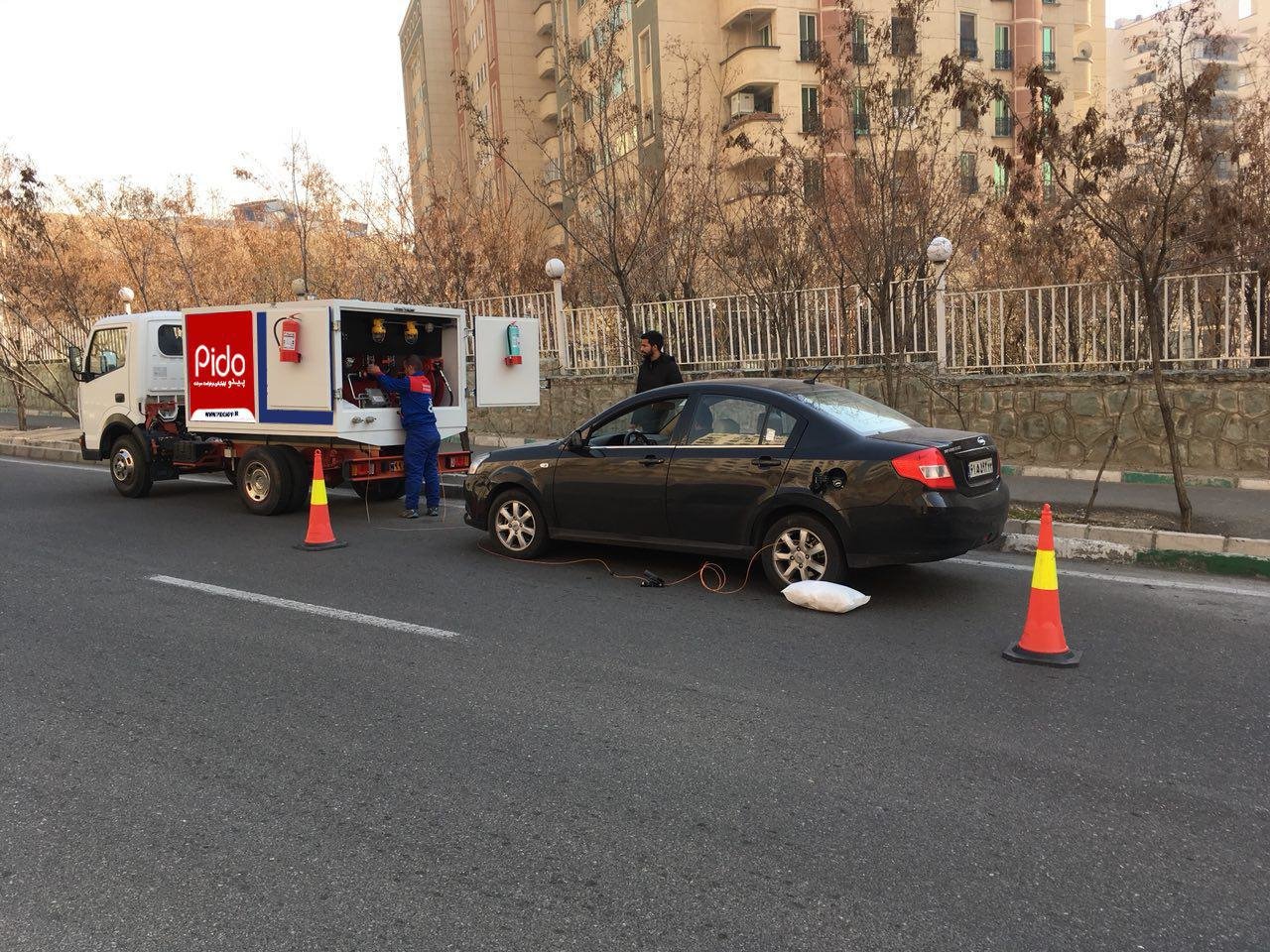 Minutes after the orders are placed, trucks with a capacity of 1,000 litres of petroleum bring the fuel to the applicant's location.

The mobile petrol station startup, “Pido”, will be available to all citizens of capital Tehran as of spring 2018.

According to a report by Shahrvand daily newspaper, many say the cost of reducing traffic to a petrol station is equivalent to the cost of creating a hectare of forest.

This new model, which was launched just about a week ago in Tehran’s 2nd District, has apparently been highly welcomed by the citizens.

As the executive director of the project, Ehsan Jafar Tabari says this is a new model of an online business, being launched for the first time in the Middle East and for the fourth time in the world.

“With the development of this app, drivers would not run out of fuel in the middle of the roads anymore,” he noted.

Jafar Tabari explained that online fuel distribution is currently being implemented in the US, Germany and China, and the Islamic Republic of Iran is the fourth country to implement such a plan.

Pido at present has 50 fuel tanks with a capacity of 1,000 litres of petrol are in operation, but they aim to increase this to 300 by mid-spring.

This report adds that the number of filling stations in Tehran at present is not enough to meet demand. According to international standards, the standard distance of access to a filling station should be one kilometre. However, the executive director of the fuel distribution plan says currently customers need to drive 6 to 7 kilometres to reach a filling station in Tehran.

According to him, a study conducted in cooperation with the Iranian Department of Environment shows that the amount of oxygen used by vehicles is very high. Therefore, if a petrol station is used to reduce traffic, the oxygen that is maintained is equivalent to creating a hectare of forest. Moreover, it must be noticed that carbon monoxide will no longer be produced.

According to Jafar Tabari, there are about 180 filling stations in Tehran, and at least 200 to 250 other stations are needed due to the size and the number of cars traveling on the streets of Tehran.

Contrary to popular belief, online petrol ordering does not involve inflated costs. Jafar Tabari says the price of ordinary and premium petrol is about 22 and 26 cents respectively, and the customers will only pay the carrying costs in addition to the ordinary petrol prices.

He added that there is no specific price for carrying fuel and it depends on a number of factors including timing, traffic levels, and wather conditions.

The number of cars on Iran’s roads surpassed 19 million in 2017. Today, Iran is the 14th largest automaker in the world and one of the largest in Asia, with annual production of more than 1.6 million. In 2009 Iran ranked fifth in car production growth standing next to China, Taiwan, Romania and India.

Iranian Oil Minister Bijan Namdar Zanganeh said last year that fuel consumption in Iran is equivalent to 5.5 million barrels of oil per day (bpd), the rate of which is considered as the highest energy consumption rate in the world in terms of energy intensity.