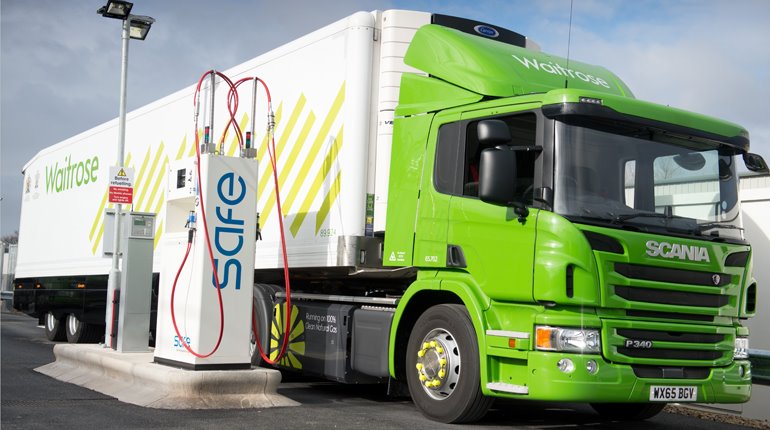 When Gasunie and its partners announced last year plans for a 5 Bcm/year LNG import terminal in Germany, many industry players were skeptical that northwestern Europe needed another facility given the chronic under-utilization of the region's existing plants

But a new market is opening up for LNG across Europe, which could give the fuel a boost in demand in the coming years, namely as a low-emission fuel to power Europe's growing fleet of heavy-duty trucks

With diesel in the dog-house over its environmental credentials and electrification seemingly better suited to cars and lighter-duty trucks, heavy-duty truck manufacturers and users are increasingly looking at LNG as a strong contender for market growth

Current demand is difficult to quantify, but S&P Global Platts estimates EU consumption at just 70,000 mt/year -- the equivalent of one large cargo of LNG, or around 0.1 Bcm of gas

That is based on an estimate that Europe currently has around 2,000 LNG-fueled trucks covering around 120,000 km each per year at a consumption rate of around 28 kg/100 km of LNG

That is a very small market. China, for example, already has 300,000 trucks running on LNG. So just how big can this market in Europe get

The jury is very much out -- the European Commission has given a very wide range of estimated future demand of between 3.5 Bcm/year and 34.5 Bcm/year by 2025 depending on the penetration rate of LNG in trucks