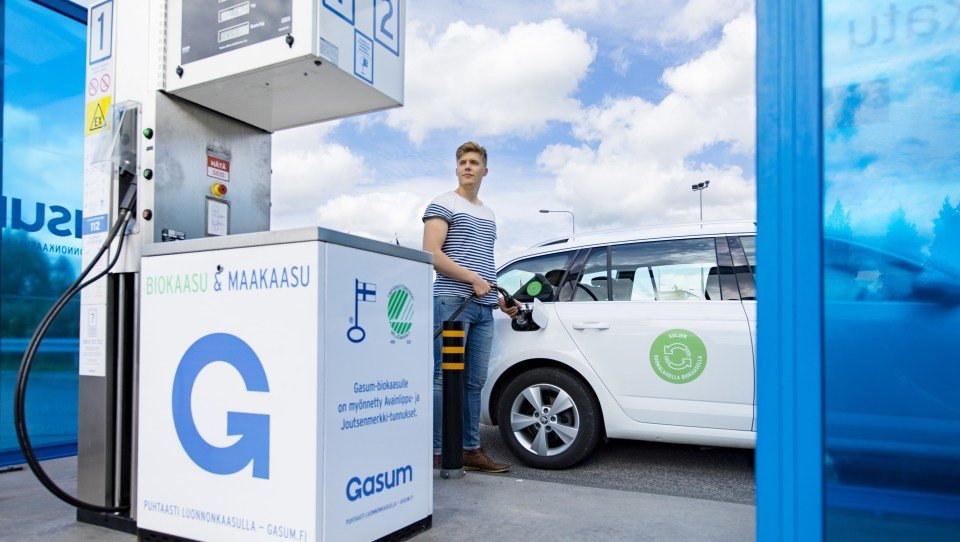 Driving on gas is undergoing strong growth in Finland. Gasum has now opened its first new gas filling station in 2018 in conjunction with the IKEA store in Lommila, Espoo.

The new filling station is part of the circular economy collaboration between Gasum and IKEA Finland where biogas is produced from food waste of Finlands IKEA restaurants.

In this context, gas filling stations are also introduced at IKEA stores, enabling the use of biogas in IKEA Finlands own operations as well as for its transport partners and consumers

The number of gas-fueled vehicles is increasing at a record rate in Finland, and Gasum is promoting cleaner transport by expanding the biogas and natural gas filling station network.

The company is planning to open a total of 35 new filling stations in the next few years, with seven of these already open. At the moment, new gas filling stations are being planned for locations including the Helsinki Metropolitan Area, Turku, Oulu, Lahti, SeinÃ¤joki and Kuopio

The cooperation between Gasum and IKEA Finland will result in the production of biogas from food waste generated in all of Finland's IKEA restaurants. In addition, the cooperation aims to increase the distribution of environmentally road fuel gas to serve the needs of consumers and enterprises alike in conjunction with IKEA stores in Finland.

Our primary approach is to reduce food wastage at IKEA restaurants, but this enables the recovery of any minor amounts of food waste that are still generated. Cooperation with Gasum provides us with yet another way of creating a better everyday life in Finland, says Country Sustainability Manager Tiina Suvanto from IKEA Finland.

The demand for biogas as a road fuel is growing rapidly. In 2017, the number of gas vehicles registered in Finland was around three times greater than the year before. Before 2017, there were fewer than 2,000 gas cars on Finland's roads, while the current figure is already around 3,500.

The number of gas vehicles is increasing in all vehicle categories. In transport use, biogas helps reduce the fuels lifecycle greenhouse gas emissions by up to 85%. Therefore biogas produced in Finland is an easy and inexpensive way to cut carbon dioxide and fine particulate emissions from transport.& nbsp;

Biogas is anticipated to play an important role in the transport energy solutions of the future. The State has promoted the transport use of biogas significantly through measures such as the energy key project support. Capacities for using gas as a vehicle fuel can be improved by increasing the production of gas and expanding the filling station network