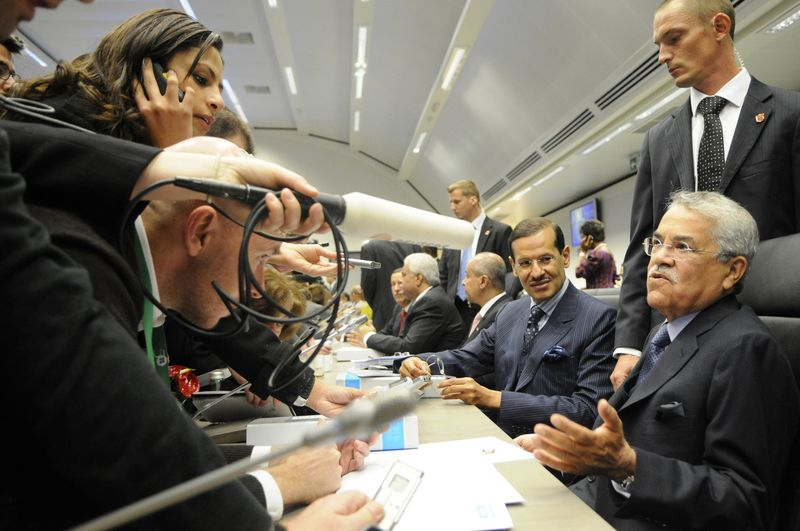 Ali Al Naimi has some advice for anyone worried about a possible drop in future demand for crude: Chill. “I would like to put everyone at ease, there are no such worries,” Ali al-Naimi said in Manama, Bahrain, when asked if he sees a threat to oil demand from climate policies and increasing use of electrical vehicles.

Any slowdown in demand from transportation will be more than offset by growth in other industries, he said. Saudi Aramco, the world’s biggest oil exporter, is investing in developing more efficient gasoline-powered engines to prolong the global demand for petroleum for decades to come, even as electric vehicles and alternative sources of energy nibble away at crude’s market share

Rapid adoption of EVs could mean oil demand peaks by the 2030s, according to Bank of America and BP Plc.Aramco, with an estimated 260 Bbbl of oil reserves, is the centerpiece of Saudi Arabia’s mission to re-invent itself as a diversified economic powerhouse.

The government plans this year to sell about 5% of the company, known officially as Saudi Arabian Oil Co., in what could be a record public offering

Al-Naimi served for almost 21 years as the kingdom’s petroleum and mineral resources minister before stepping down in 2016. He was the most influential minister in the Organization of Petroleum Exporting Countries, and the oil market hung to his every word as he steered the group through wild price swings, regional wars, technological progress and the rise of climate change as a key policy concern

Al-Naimi told the Bahrain audience that he was ready to retire in 1995 but the late King Fahd had other ideas. When Fahd’s adviser Ibrahim al-Angary told al-Naimi he had to keep working, al-Naimi asked him if he had any options. The adviser told him, “No,” al-Naimi recalled

Saudi Arabia should focus on developing its deposits of minerals such as silica to help diversify the economy, and solar energy is an important resource along with oil and gas, al-Naimi said.